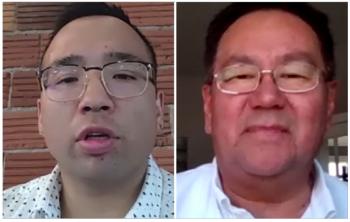 “We are living, of course, in very peculiar times.” —Brian Davey
By Deb Steel
Windspeaker.com Writer

Indigenous businesses will be waiting until the end of May or beginning of June for funds promised by the federal government to help support them through the COVID-19 economic shut-down.

In mid-April, Indigenous Services Canada committed a stimulus package of up to $306.8 million to help small- and medium-sized businesses, but the funds will not kick in for another number of weeks.

Brian Davey made that announcement May 6 during a webinar called “Our Fair Share: Helping Indigenous Business in Northern Ontario access Covid-19 Relief Funds” hosted by the Anishnawbe Business Professional Association as part of its COVID-19: Rooted in Resilience Series. The event was moderated by Jason Rasevych, president of ABPA.

Davey said the NACCA website reports the program will launch ‘as soon as possible’.

“So I guess they are ironing out the final details with the federal government.”

The program offers each approved business requiring operating capital assistance loans of up to $30,000, plus a forgivable loan of $10,000 (if conditions of repayment are met by specific deadlines). The loans are for fixed costs (not for start-up or expansion). They are of a duration of up to 48 months, and are interest free with no payments for the first 12 months, Davey said.

Applications are made through the AFIs, and Davey says the application process is not complicated. A business number is required and some financials that show how the business was doing “before COVID came along” —cash-flow statements — and projections going forward, and that should be sufficient.

To speed up the application process, Davey told viewers to put together their cash flow statements as quickly and as accurately as possible.

“That means identifying what those fixed costs are.” Fixed costs are those payments that have to be paid monthly, like electricity and rent.

He said the AFIs have been told to focus their efforts on their existing clients, but they want to open that up to all Indigenous entrepreneurs whether they’ve had a previous relationship with the AFIs or not.

Davey encouraged Indigenous entrepreneurs to reach out to their local AFIs to form a relationship, because they’ll have other benefits that might come in handy during the pandemic crisis.

It’s for entrepreneurs that can’t wait the month for the federal stimulus loans to come through. The terms are similar, he said, to what the fed’s program is offering.

“It’s something there to give you support now, if you need that.”

It’s available to any entrepreneur in the NADF coverage area, which includes Indigenous businesses in the Treaty 9, Treaty 5, Treaty 3, Robinson Superior Treaty areas, making up most of northwestern Ontario with the exception of North Bay, Sault Ste. Marie and Sudbury. Those cities are covered by a different AFI.

Davey has more than 30 years’ experience working with First Nation economic development, much of that focused on northern Ontario in the resource sector, infrastructure development and finance.

“We are living, of course, in very peculiar times,” he told the webinar participants. And the closing of the economy strikes particularly hard on the Indigenous business sector, he said.