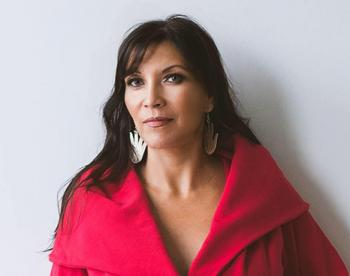 “We’re so powerful,” Lisa Meeches said. “We are amazing people.”

Save the date, says Lisa Meeches, executive director of the annual Manito Ahbee Festival. The festival has been postponed from its usual time in May to the tentative date of Aug. 27 to 30.

It will take place at Red River Exhibition Park in Winnipeg.

“We are very concerned about the health of our nations, and to ensure we are taking all the precautions and proper measures, postponement of the festival is vital,” Meeches said.

In an interview with Windspeaker Radio’s Jacob LeBlanc, Meeches explained that Manito Ahbee used to be a Fall time event before it was moved to spring, so in this time of COVID-19, self-isolation and social distancing, it’s going to end of summer again to keep everyone safe. Just for 2020, she said. It’s back to May in 2021.

Festival signature activities include Lighting of the Sacred Fire, the International Powwow, Getting Jiggy With It (Metis square dancing and jigging competition), Live Art Painting Challenge, and the Spirit Visions Film Festival and Competition.

The Indigenous Music Awards and music conference is on hiatus until 2021, as previously announced.

But there will be a new showcase called The Drum Calls Us All, which will feature musical performances.

“All of our sister festivals in North America, when they started announcing that they’d been postponed or cancelled for the year, we thought we better have a Plan ‘B’ and a Plan ‘C’… It really weighed heavy on us, because Manito Ahbee is not just a festival. It’s a prophesy that unveils itself when you honour all the gifts of all the nations of all our Indigenous nations that come together you’re actually fulfilling a prophesy.”

The festival is named after one of the most sacred Indigenous sites in Manitoba.

Prior to contact it was a site that was deemed very holy. “Amazing things used to happen at that site and still do today,” said Meeches. The site includes thousands of Petroforms, boulder mosaics, that the ancestors left — signs.

Pre-contact with Europeans, people would gather for special purposes like rights of passage ceremonies, the changing of times, and during times of trouble, like the pandemic that is impacting the world. The Petroform sites weren’t built in one day, she said. “They evolved over hundreds of years,” said Meeches.

During times prior to contact, “our gifts were honoured there. Feasts were had. Songs were sung. It was the home of our traditional economies.”

What the Manito Ahbee Festival tries to do in a modern context is to emulate the spirit of that sacred site in downtown Winnipeg by honouring the gifts of singers and performers and those with ability to contact Creator and pray.

Meeches said the Elders of the festival have said the organizers are on the right track with the event.

“If there is anyone who knows how to make the best of a crappy situation, it’s Indigenous peoples. We are making the best of this. We are coming together with our families,” through social media with virtual powwows and entertainment to keep spirits up.

“We’re so powerful,” Meeches said. “We are amazing people.”

Stay tuned for updates about the festival on the Manito Ahbee Festival website and social media pages.

Festival organizers will continue to monitor the current and future environment with safety and wellness at the core of delivering this year’s festival, reads a press statement.

“We look forward to seeing all our relations when we celebrate in the hearth of Turtle Island,” said Meeches.