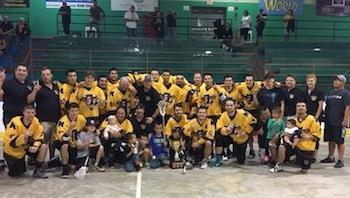 Angus Goodleaf has had his share of lacrosse successes over the years. Now the 29-year-old star lacrosse goaltender is hoping to make a bit of history and bring a national championship to his hometown in Quebec, the Kahnawake Mohawk Territory. Goodleaf is a member of the Kahnawake Mohawks, a Senior B lacrosse club. The Mohawks recently captured the crown in the Quebec Senior Lacrosse League.

Angus Goodleaf has had his share of lacrosse successes over the years. Now the 29-year-old star lacrosse goaltender is hoping to make a bit of history and bring a national championship to his hometown in Quebec, the Kahnawake Mohawk Territory.

Goodleaf is a member of the Kahnawake Mohawks, a Senior B lacrosse club. The Mohawks recently captured the crown in the Quebec Senior Lacrosse League.

The club is now gearing up to compete in the eight-team President’s Cup, the Canadian Senior B tournament. The event, which begins this Sunday (Aug. 28) continues until Sept. 3 in Leduc, Alta.

The Mohawks are no strangers at the President’s Cup as they will be making their eighth appearance in the past nine years. The Kahnawake squad, however, has never won the national title.

The Mohawks were silver medallists at the 2013 tournament, which they hosted. And they also captured bronze medals at the 2008 and 2010 events, held in Sherwood Park, Alta. and Burnaby, B.C., respectively.

“They’ve always come close,” Goodleaf said. “My goal when I was younger was to help bring a President’s Cup to Kahnawake.”

Goodleaf’s resumé actually already includes a President’s Cup. Last year he led the Six Nations Rivermen to the national crown. Though he now lives in the Six Nations community of Ohsweken, he opted to return to his birthplace and rejoin the Mohawks for the 2016 campaign. He had also spent the 2014 season with Kahnawake.

“Last year was an older team,” he said. “This year we’re younger but we’re fast. We’re very quick on the transition.”

Goodleaf is hoping to conclude the Mohawks’ season with a national championship.

“I think we’ll be one of the top teams there,” he said. “I can’t guarantee we’ll win it but we’ll do some damage.”

Mohawks’ general manager Greg Horn said his side is not content simply winning another league title. It would love to add a Canadian championship to its trophy case.

“The goal of our team is always that, to win the President’s Cup,” he said.

The Mohawks will enter the nationals on a bit of a roll. The club has not lost a game since June 17. And it managed to sweep the 2015 QSLL champion Capital Region Axemen from Ottawa 4-0 in their best-of-seven league finals.

Despite sweeping the Axemen, Horn said winning the QSLL title was no easy chore. The Mohawks required overtime to pull out victories in the second and fourth matches of the series. And they scored the game-winning goal with just 20 seconds remaining in the third contest.

Horn also realizes there will be plenty of other stellar squads competing in Leduc.

Among those to keep an eye on will be the Warriors.

“I think they’re going to be a decent team,” Horn said. “They beat out the North Shore Indians (in the B.C. league). The Indians had a really stacked roster and at the start of the year everybody thought they were going to be the team to beat this year.”

Horn anticipates the Merchants also have to be considered a pre-tournament favourite.  “They’re going to be pretty strong,” Horn said of the Brooklin entry. “They defeated the Six Nations Rivermen, the defending President’s Cup champions.”

Horn certainly likes the fact Goodleaf is backstopping his squad once again this year.

“He’s won at every level he’s played,” Horn said. “With him I think our chances are pretty good.” Besides last year’s President’s Cup, Goodleaf’s resume also includes back-to-back NLL championships with the Rochester Knighthawks in 2013 and ’14.

He also won a Mann Cup, a Canadian Senior A title, with the Peterborough Lakers in 2010.

And he helped the Iroquois Nationals win silver medals at the 2011 and 2015 world box lacrosse tournaments.

Later this year Goodleaf will gear up for his eighth pro season in the NLL. He spent his first three years in the league with the Buffalo Bandits and will enter his fifth season with the Knighthawks.

Goodleaf is not the only player on the Mohawks’ roster with NLL connections. The club’s lineup includes Kasey Beirnes, a member of the Toronto Rock, as well as Pat Saunders and Ryan Hotaling, both members of the New England Black Wolves.

And Mohawks’ coach Jamie Batley is also the head coach of the Vancouver Stealth. 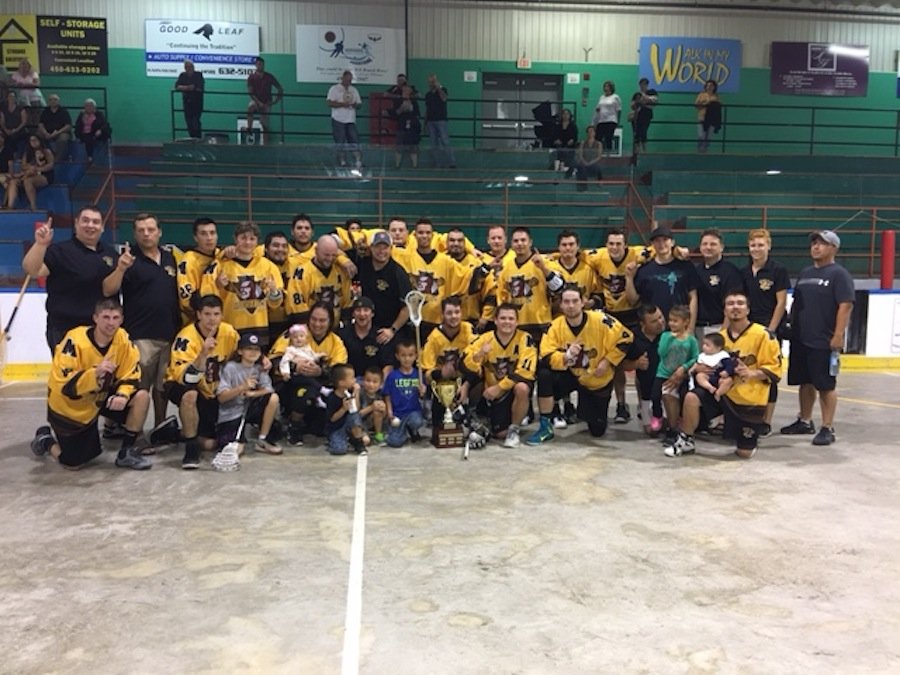