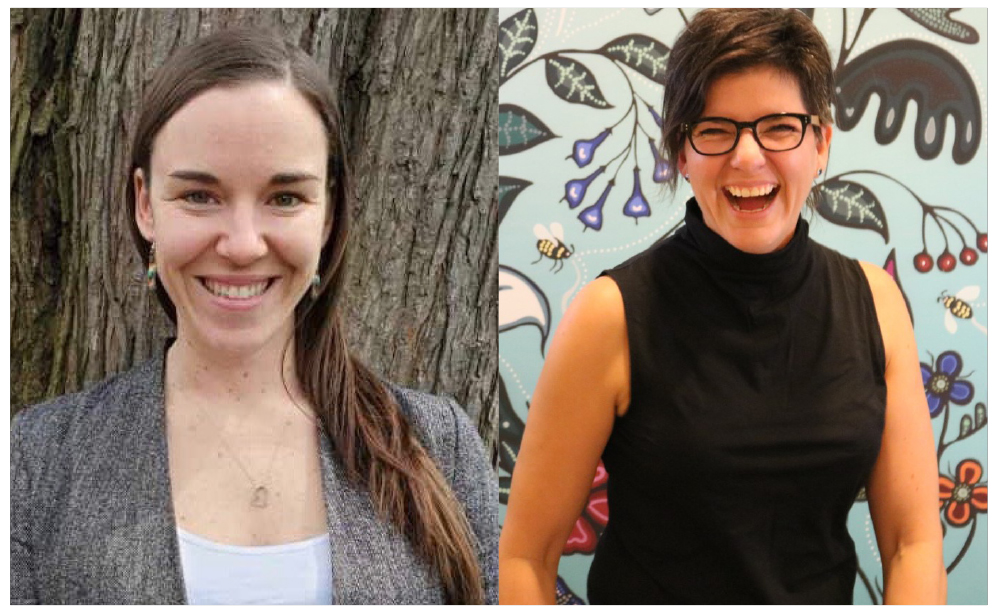 A new protocol released by the Indigenous Innovation Initiative is receiving plenty of positive feedback and is spreading beyond its originally intended audience.

The Indigenous Knowledges and Data Governance Protocol was made public May 12. The policy’s official name is Nindokiikayencikewin, (pronounced Nin-do-ki-ka-en-ji-gae-win),which translates from Ojibwe to mean seek learning or knowledges.

The purpose of the policy is to guide communities with how they collect and use Indigenous knowledges and data. The goal is to “rebalance power and revitalize the capacity of innovators and their communities to steward their own knowledges and data, including cultural expression and intellectual property,” reads the protocol.

“It’s a reclamation of our inherent rights as Indigenous people to be able to steward our own knowledges and data, and it’s really part of this global reclamation,” Marissa Hill said of Nindokiikayencikewin, a name created through ceremony.

Hill is the initiative’s knowledge management and translation associate. She is the main author of four who worked on the protocol. Sara Wolfe, the initiative’s director, Becca Smith and Kristin Neudorf, who both work for Grand Challenges Canada, an organization that supports innovation that improves the lives of the most vulnerable, assisted with the writing.

Hill, a member of Métis Nation of Ontario, is pleased to see the policy in the public domain.

“We are so proud of this work,” she said. “I think that it’s such an important step in that journey to self-determination and supporting Indigenous communities to have ownership and control over the work that they’re doing in a way that hasn’t always been honoured,” she said.

The protocol document explains what the differences are between Indigenous worldviews and the Western worldview, what Indigenous knowledges are and how they are learned, and why such Indigenous knowledges and data collected need to be protected. The protocol cites appropriation, misrepresentation, lack of reciprocity, stewardship and transparency, misuse of aggregate data, legislation, patriarchy as potential harms.

There is a lengthy list in the protocol under the heading “When creating or collecting Indigenous Knowledges or data, we will.” The 10 promises made include building relationships with Elders and knowledge keepers, ensuring free, prior, informed and ongoing consent from the required people, honouring requests to stop or change what is collected, how, when or why.

Hill said the entire process of gathering information and writing the protocol took one year.

“Ideally, we would have done this in the community, in person, on the land, gathering together,” she said. “And the co-creation process would have looked a lot different where we would have spent a lot of time together building up that protocol collaboratively.

“We were able to collect that information virtually from folks, but it was really an effort internally and from our own team to pull the actual knowledge product together which would have ideally been done in a more collaborative way if we could have been in communities.”

But the pandemic forced policy representatives to pivot their work and accomplish their goals remotely.

“We changed that approach,” she said. “We took to co-creating but it didn’t change the ability to connect with folks. And actually, maybe it made it easier to connect with more people quickly then we would have been able to on the ground.

“We worked with folks across Canada, the U.S., Australia. We had a really large collection of individuals supporting this. COVID had its ups and its downs but it allowed us to do it in a good way nonetheless.”

The Indigenous Knowledges and Data Governance Protocol was finalized in March.

Wolfe said she has already been sharing the policy with many others.

“I’ve used it in some personal work,” she said. “I sit on several boards and I’ve shared it with the boards because I think they are useful documents for other organizations because this is not a piece of work that exists anywhere else that I have seen.” The initiative also released a second policy last week titled Inquiry and Learning Bundle. (More to come on this document next week.)

“Elements of it exist in other places but this as a collective piece of work doesn’t exist anywhere else that I’ve seen,” she said. “So, I’ve been sharing it around with networks and partners within this innovation ecosystem, this economic development ecosystem, but also sort of with my past life ecosystem of the health care sector.”

Wolfe was the founding partner in 2005 of Seventh Generation Midwives Toronto.

And she’s spent 11 years as a community research associate with St. Michael’s Hospital in Toronto with a focus on Indigenous midwifery and maternal-child health services for Indigenous communities.

Wolfe was pleased with how the process for the Nindokiikayencikewin policy took shape.

“Recognizing that we were going to be doing storytelling and collecting data from our Indigenous communities and Indigenous innovators, we really saw a need to make sure that we had protections in place for the communities,” she said.

The protocol can be viewed here: https://indigenousinnovate.org/downloads/indigenous-knowledges-and-data-governance-protocol_may-2021.pdf