Assistant professor receives recognition for her work in Indigenous communities 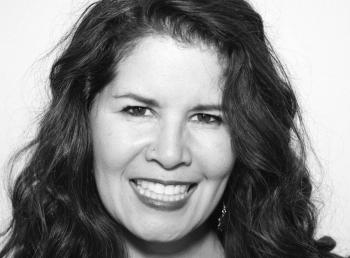 Dr. Tracy Bear, assistant professor in Native Studies and Women’s and Gender Studies at the University of Alberta.

“It has to do with recognizing work that is often under-valued. Community-outreach type of work is sometimes not recognized in the traditional sense in the university.” —Jolene Armstrong, vice president of the Confederation of Alberta Faculty Associations
By Shari Narine
Windspeaker.com Contributor

A Cree scholar from Montreal Lake First Nation in Saskatchewan is being recognized for her impressive work outside the walls of academia.

Dr. Tracy Bear, assistant professor in Native Studies and Women’s and Gender Studies at the University of Alberta, is the recipient of the Confederation of Alberta Faculty Associations (CAFA) 2019 Distinguished Academic Early Career Award. She earned her Ph.D. in English and Film only three years ago.

“When you look at the very impressive work that has been done in such a short period of time, we can only imagine what she will be doing in the years to come if she follows this trajectory,” said Jolene Armstrong, vice president of CAFA and president of the Athabasca University Faculty Association.

The CAFA Distinguished Academic Early Career Award, which has been handed out since 2007, recognizes an academic staff member at the universities of Lethbridge, Calgary, Alberta or Athabasca who, at an early stage of their career has made an outstanding contribution to the wider community beyond the university through research and/or other scholarly, creative or professional activity.

And Bear has done exactly that, said Chris Andersen, professor and Dean of the Faculty of Native Studies at UAlberta.

“She has already demonstrated a strong commitment to building relationships between the University of Alberta and the most vulnerable segments of Indigenous communities: urban communities and more specifically, incarcerated Indigenous individuals as well,” said Andersen, who was one of two people to nominate Bear.

TallBear is the Canada Research Chair in Indigenous Peoples, Technoscience & Environment and associate professor in the Faculty of Native Studies at UAlberta.

Staged three times a year in Edmonton, the critically-acclaimed show brings together emerging Indigenous artists with testimonies from the audience to portray a positive and healthy understanding of decolonized sexuality.

Bear is also a member of the National Collective of Walking with Our Sisters, an art institute dedicated to remembering and honouring the nearly 2,000 Indigenous women, girls, and non-binary gender people who have gone missing or been murdered in Canada. The traveling exhibit’s visit to Indigenous communities involves a complex set of ceremonial protocols and extensive time listening to the voices and stories of local women.

Bear has also initiated and delivered a course on Contemporary Indigenous Art in the men’s gang unit at the Edmonton Remand Centre and at the Edmonton Institution for Women.

Armstrong says about 25 nominations were received for the award, but Bear stood out for her “intensely difficult work.”

“How really brave she is in respect to doing work that is really difficult and is really having a positive impact and that really struck us,” said Armstrong.

CAFA also presents the Distinguished Academic Award, which recognizes an academic staff member or group of staff members, who through research and/or other scholarly, creative or professional activities have made an outstanding contribution to the wider community beyond the university. This year’s recipient is Dr. Geoff Messier, professor in the Department of Electrical and Computer Engineering at the Schulich School of Engineering at the University of Calgary.

“It has to do with recognizing work that is often under-valued. Community-outreach type of work is sometimes not recognized in the traditional sense in the university,” she said.

“Universities sometimes have an ‘ivory tower’ reputation. But a foundational role of universities is to create and share knowledge for the benefit of society (which we do through teaching and learning, research and creative activity). At our best, universities undertake these activities in the context of community engagement,” he said.

As for Bear, he added, “from an Indigenous studies perspective in the Faculty of Native Studies, we prioritize the importance of Indigenous community engagement in particular—not just to ‘teach’ them but given the number of knowledge holders based in community, to learn from them as well.”

To that end, before Bear became faculty, she served as special advisor for Aboriginal Initiatives to the Provost for UAlberta, leading and coordinating various policy initiatives, including designing an Indigenous Artist in Residence project and developing an Elders protocol and guideline document.

Currently, Bear is charged with leading the development of a Centre for Indigenous Women’s Resilience at the University of Alberta.

TallBear calls Bear a “visionary in how she continues to tie together scholarship, activism, and ongoing community engagement in her work on behalf of Indigenous women and communities broadly.”

Bear and Messier will be recognized during an awards dinner in Edmonton on Sept. 12. Each will receive $2,000 along with an original piece of artwork.

Bear was not available to speak with Windspeaker.com due to personal circumstances.