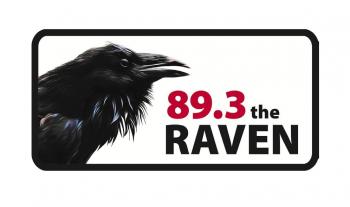 The Aboriginal Multi-Media Society of Alberta (AMMSA) is proud to announce the launch of its new Edmonton and area radio station CIWE 89.3 FM—The Raven.

The Raven will include blues, hip hop, classic rock and pop music, but what’s unique about this station is it comes with the AMMSA Indigenous perspective. The Raven will feature Indigenous musical artists, Indigenous language programming—Cree, Dene, Nakoda Sioux, Blackfoot and Michif—news and events, as well as Indigenous culture.

The Raven is the third station under the AMMSA umbrella, which currently operates Country stations CFWE-FM—a finalist in the Radio Station of the Year, large market category of the Country Music Alberta Awards—and CJWE 88.1 FM, located in Calgary and serving much of southern Alberta. AMMSA is also publisher of flagship national Indigenous news website Windspeaker.com.

AMMSA founder and CEO Bert Crowfoot said he’s excited about 89.3 FM—The Raven and is looking forward to listener reaction. “It’s like waiting for the arrival of another newborn to our expanding family! All our staff and management have worked really hard to make this a reality. I’m so proud of them and our new baby.”

The Raven has been in a testing phase for the past three weeks to ensure its signal is clear within 150 kms around Edmonton. For listeners not within reach, they can Listen Live on The Raven’s accompanying website www.ravenradio.ca and apps, which are coming soon.

Each day will begin at 6 a.m. with an Indigenous prayer, a welcome song and then the news.

Background for the Aboriginal Multi-Media Society of Alberta (AMMSA)

CIWE 89.3 FM—The Raven was supposed to launch last April, but the COVID-19 pandemic pushed back those plans.

AMMSA’s first radio station, CFWE-FM has been in operation since 1987. It serves much of northern Alberta, but can be streamed from the cfweradio.ca website or from the apps for Apple and Android

Four years ago AMMSA was granted a pair of other licenses from the Canadian Radio-television and Telecommunications Commission to commence two new radio stations.

The decision was made at the time to focus on building just one station, CJWE 88.1 FM, launching in June 2018. It serves Calgary and much of southern Alberta. It can be streamed from cjwe.ca or the apps for Apple or Android

February 1 is the day 89.3 FM—The Raven went live from Edmonton with a 100,000 watt transmitter carrying the signal.

AMMSA CEO and Founder Bert Crowfoot said seeing The Raven take flight is a memorable moment in the organization’s history.

He likens it to the time back in March 1983 when he witnessed the first print edition of Windspeaker come off the presses and the moment two-and-a-half years ago when he himself flipped the switch to launch CJWE 88.1 FM.

While we’ll cater to Indigenous people, this station is for everyone.

“We have a lot of listeners that aren’t Indigenous,” Crowfoot said. Many non-Indigenous people are extremely interested in the radio shows featuring language programming and culture.