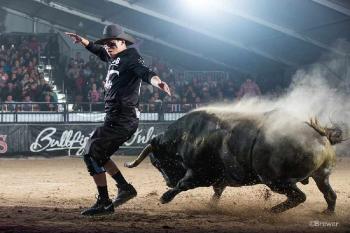 “I got hurt. The bull picked me up and threw me over the fence.” 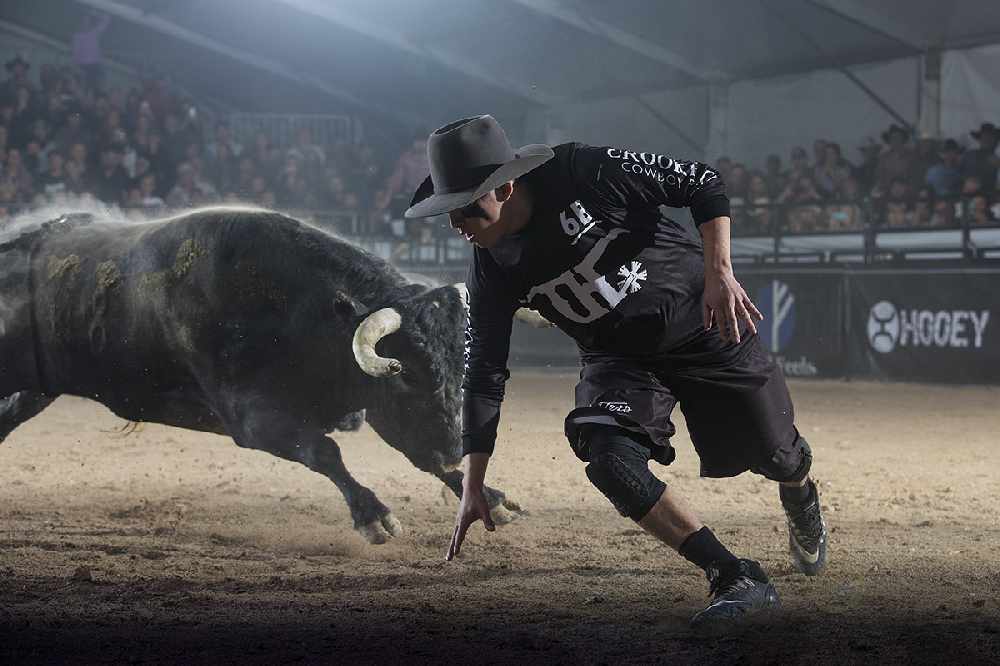 Less than a year after he was introduced to the sport, Tommy Whitebear was able to compete in one of its most prestigious events. Whitebear, a 28-year-old member of the Ermineskin Cree Nation, discovered bullfighting earlier this year.

He’s gone on to compete in seven events on a Canadian tour in 2017, winning one of those competitions in Alberta. Besides some other Alberta events, he also participated in competitions staged in Saskatchewan and Quebec and ended up finishing second over-all in the standings of the Canadian tour, dubbed Xtreme Bull Fighter.

In bullfighting, participants find themselves alone in a ring with a bull for up to a minute. Competitors are judged on how well they can control the bull and for how smoothly they move around while being chased by the bull.

“When you call for the bull you have to try and stay as calm as you can,” he said. “It’s more about reacting to what the bull is thinking. If you’re caught thinking too much, the bull will do whatever he wants to you.”

The Las Vegas event was the only one on the Bullfighters Only circuit that Whitebear participated in this year, but he’s hoping to become a regular on the tour in 2018. That’s despite sustaining an injury in Las Vegas, which will keep him sidelined for a few more weeks.

For the record, Whitebear is 5-foot-7 and weighs 170 pounds. Once in the ring, he finds himself squaring off against Mexican (Spanish) fighting bulls, which tend to weigh between 700 and 1,000 pounds.

“They’re actually smaller than a bucking bull you see in rodeos,” Whitebear said.

While competing in Las Vegas, Whitebear won his qualifying round over two other opponents, but he wasn’t quite as fortunate in his next round, the preliminary round, which featured two other rivals.

“I got hurt,” he said. “The bull picked me up and threw me over the fence.”

Competitors in the sport do wear padded shorts, but “the bull’s horn slid under the pad,” he said. “And it made a hole in my butt.”

Whitebear required a number of stitches to close the wound, but he didn’t ask how many. He does know the injury will sideline him for a total of about six weeks.

As a result, he will be forced to miss a bullfighting event scheduled for New Year’s Eve in Ponoka, Alta. That event is the first one on the Canadian tour for 2018.

“My tailbone is not good right now,” said Whitebear, adding this is the first injury he has sustained while bullfighting. “I’ll just have to watch this one.”

Whitebear is now hoping his next event will be in February in Red Deer, Alta.

Besides competing in a dangerous sport, Whitebear also has a risky day-job. For the past seven years he has worked as a firefighter in Maskwacis.

Whitebear said it is difficult to state whether bullfighting is more dangerous than firefighting.

“It’s probably almost the same,” he said. Whitebear added he did have a scary situation arise a year ago.

“I could have lost my life,” he said. “I was looking for someone in a house fire that was reported to still be in the house. But as it turned out they weren’t in the house.”

Whitebear also said he does experience fear each and every time he’s battling a fire, as well as every time he steps into a ring to face a bull.

“There’s always that fear,” he said. “Every time. But you just have to overcome it and not think about it.”

Whitebear’s work flexibility, however, will allow him to pursue his bullfighting career with relative ease this coming year.

That’s because he works 48 hours per week during weekdays. That’s split up into two 24-hour shifts.

That translates into three weekdays off per week and all of his weekends as well.

Most bullfighting competitions are staged on weekends so he can travel to and participate in events during his days off.