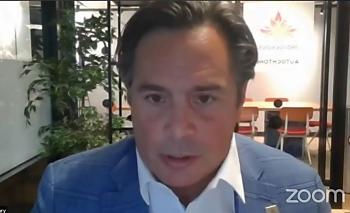 “The government of Canada was extremely responsive here in the 11th hour. We pointed out the obvious, the common sense.” —Keith Henry, ITAC president and CEO
By Sam Laskaris
Local Journalism Initiative Reporter
Windspeaker.com

After more than two months of negotiations, officials with the Indigenous Tourism Association of Canada (ITAC) were able to breathe a collective sigh of relief this week.

That’s because ITAC representatives and officials from Indigenous Services Canada (ISC) were able to complete all their negotiations and sign a final agreement for $16 million in federal funding that had been announced back in mid-June to support Indigenous tourism businesses through the pandemic.

“We’ve got a great agreement,” Henry said. “I’m very proud of the agreement we got.”

One of the major sticking points that slowed the agreement was ISC’s insistence there be no stacking of federal funding. Those businesses that received the maximum $40,000 emergency loan via Aboriginal Financial Institutions (AFI) would then not be eligible for the full $25,000 being offered through ITAC’s stimulus grant.

That’s even though the AFI money was a loan, except for $10,000 which would not be repayable provided the rest of the loan was paid back on time.

Originally, ISC officials were trying to work into the agreement that Indigenous tourism businesses could only receive a maximum of $15,000 in ITAC funding if they had already secured an AFI loan, including the $10,000 grant.

“That stacking (clause) has been completely removed,” said Henry of the newly penned agreement. “There is absolutely no concern or no challenge now.”

Henry stressed ITAC officials never agreed with federal officials about that clause, and that’s why they kept negotiating the terms of the agreement until it was finally removed.

“This was a big, big concession,” he said. “The government of Canada was extremely responsive here in the 11th hour. We pointed out the obvious, the common sense.”

Frustrations had been mounting in recent weeks since it appeared only Indigenous businesses were being singled out. Other businesses across the country did not have limitations placed upon them while they were seeking various sources of federal funding to ease them through their financial difficulties caused by the COVID-19.

“Our goal has always been to complement these programs,” Henry said of other sources of funding Indigenous tourism businesses could secure.

Henry confirmed ITAC officials were pleased with the terms of the final agreement. The association will even receive some money to administer the funding program.

Previously, ISC was insisting all of the federal funding go towards assisting businesses in need and that ITAC would not receive any money for the administration costs for the delivery of the grants.

But in the final agreement signed this week, it was announced ITAC would receive $540,000 for its countless hours of work required in dealing with grant applications and now getting that money out to businesses.

A total of $130,000 that ITAC receives will be shared with provincial and territorial partners assisting with the grants.

“These are very modest costs but we feel they are necessary in order to deliver the program,” Henry said.

Henry added that federal funding will be deposited into an ITAC bank account this coming Wednesday. ITAC officials can then start sending out money to grant applicants that have been approved.

“Our goal is to get these cheques out the door, get approvals done as soon as possible,” Henry said. “We want to get things done.”

More than 600 businesses applied to ITAC back in April when they had announced their own stimulus development grants.

ITAC would not have been in a position to assist all of these applicants. But that changed when federal funding was announced in June.

Henry also announced a second intake of grant applicants opened on Thursday and will remain open until Sept. 9.

The goal is to help as many of the applicants that meet all of the grant criteria.