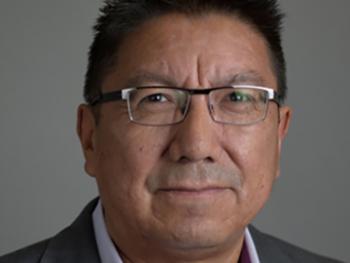 “…in light of this decision there will very likely be counsel in other provinces that will be inspired by the reasonable language of this judge.” —lawyer John Bilton
By Shari Narine
Local Journalism Initiative Reporter
Windspeaker.com

A decision rendered by the Ontario Court of Justice on intermittent sentencing opens the door for the Nishnawbe Aski Nation (NAN) to look at transforming the justice system.

Judge David Gibson’s ruling on Oct. 2 referred to the cases of six women from Pikangikum First Nation who pleaded guilty to charges of drinking and driving. The offences each carried a jail term of not more than 90 days. Such sentences are allowed to be served intermittently, usually on weekends.

However, because Pikangikum is an isolated fly-in community, 225 km northeast of Kenora where the jail is located, the intermittent option is both financially and logistically prohibitive and as such is not available to the women.

Gibson ruled that intermittent sentencing for Indigenous peoples living in remote locations violated Sect. 15 of the Charter of Rights and Freedoms, he also called on work to be undertaken with Elders to “arrive at a fit sentence.”

“The fact that Justice Gibson referenced the Elders, like Whitehead Moose, and some of the work that’s been done before, I would say is significant. That’s pointing in the right direction in terms of where we need to go from here,” said NAN Grand Chief Alvin Fiddler.

Fiddler said after NAN has studied the 36-page decision to “identify a starting point,” he will be engaging in talks with the Ontario government.

“We cannot keep going with this present system. Clearly it’s not working. In fact, it’s creating harm to our communities. I would ask that the province, whether it’s the attorney general office or solicitor general office, to acknowledge, recognize what this means and to reach out to communities like Pikangikum or NAN to begin the process on how we can fix this,” he said. “We need to do it quickly.”

Section 15 of the Charter states, in part, “Every individual is equal before and under the law and has the right to the equal protection and equal benefit of the law without discrimination and, in particular, without discrimination based on race, national or ethnic origin, colour, religion, sex, age or mental or physical disability.”

John Bilton, legal counsel for four of the women, decided to argue the case based on a violation of equal protection under the law and that it constituted cruel and unusual punishment.

In an unusual move for a criminal court proceeding, Bilton approached Pikangikum First Nation and Ontario Aboriginal Legal Services to act as interveners in the case. Intervener status was granted by the court. Legal counsel for the other two women similarly charged asked Bilton to join his action. He agreed.

“The question at the heart of this joint application, namely, whether particular Criminal Code provisions of general application have an unconstitutional impact on Pikangikum First Nation residents requires a close look at the history of the people of Pikangikum, their place in Canadian confederation and what it means for them to be equal under the law,” wrote Gibson in his decision.

Gibson considered written documentation, as well as testimony from Pikangikum First Nation band members, including Chief Amanda Sainnawap. He observed that the impact of colonialism was not something only of the past, but something that was being felt now.

Gibson ruled that Charter Sect. 15 was violated as there were no practical application for serving intermittent sentences for a qualifying mandatory minimum punishment for on-reserve band members of Pikangikum First Nation.

“I am further satisfied that being deprived of the opportunity to serve a jail sentence intermittently because of their status as on-reserve band members of the Pikangikum First Nation, constitutes the deprivation of a legal benefit. It also creates a distinction in law between themselves and other members of the general public,” wrote Gibson.

Gibson asked Sainnawap what “meaningful consequences” would be put in place for the six women in place of the intermittent sentence.

“I feel this is where Elders could be useful with their knowledge and their understanding of what justice, what governing justice practices they used before the current one was imposed on our community,” responded Sainnawap.

This approach is what NAN nations need to return to, said Fiddler.

“We need to work with our Elders,” he said. “The work that we do moving forward needs to reflect our own understanding of what that justice system should look like, to re-design and incorporate that into the work we’ll do going forward.”

For the six women in this case, Ontario offered to cover the travel costs for them to serve their intermittent sentences in the Kenora jail. However, said Bilton, given that remote First Nations have closed themselves off as a way to battle the coronavirus, the women will be serving their time in the community as part of the temporary absence pass process.

As Ontario offered to cover the travel cost of these particular Pikangikum band members, Gibson wrote he would not grant them their requests for constitutional exemptions. However, he viewed the action as an “ad hoc” measure by Ontario and not something that would be offered to everyone in this situation.

“I would have, however, granted such an exemption to any other persons in the Applicants position at the time they brought their application who were not the beneficiary of a similar undertaking …,” wrote Gibson.

That ruling will have widespread implications, said Bilton.

“The constitutional exemption will be available to all others in the north who are awaiting this decision. I have another client from Poplar Hill (First Nation), for instance, whose case has been adjourned waiting for this decision and the Crown has previously agreed that even though he’s from Poplar Hill, the findings of the judge in this case, will be applied to his,” he said.

“As a direct consequence of the shocking numbers of Indigenous peoples being incarcerated and the statistical fact there are large numbers of people looking at sentences of 90 days and less, in light of this decision there will very likely be counsel in other provinces that will be inspired by the reasonable language of this judge,” said Bilton.

Gibson, a judge who regularly presides at the Pikangikum First Nation, was a lawyer who practised for years in the north.

“I don’t think that one judge alone can entirely shift the balance, but what His Honour did in not only eloquent fashion but quite intelligently invites a conversation based on facts, based on reality,” said Bilton.