Road map for implementation of child services legislation signed, but feds fail to put fuel in the tank 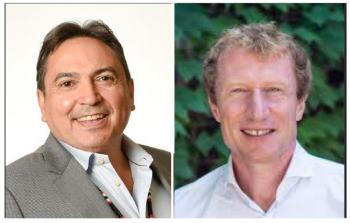 “This protocol today establishes a road map; a road map that far too often in the past has been without consulting, without talking about financial resources in a structured way...” — Indigenous Services Canada Minister Marc Miller
By Shari Narine
Local Journalism Initiative Reporter
Windspeaker.com

Legislation that came into force Jan. 1 to reform Indigenous child and family services still has no budget to work with.

But, Courtney Skye, a research fellow with the Indigenous think tank, the Yellowhead Institute, said the agreement moves the process no further ahead.

“This announcement still came without a pocket of funding attached to it. We’re six months after the bill has come into effect and it’s not apparent there’s cash flowing to communities to be able to enact this bill. That’s quite concerning,” said Skye.

Miller says this protocol agreement, which establishes a joint fiscal table on First Nations Child and Family Services reform, will get to that dollar figure.

“We do have to do this as a budgetary process, as an allocation process,” said Miller, who added that budgetary requests had been made by his office.

Miller also said that Prime Minister Justin Trudeau had committed to providing “sufficient” funds to allow communities to transition to administering their own child and family welfare services.

Miller provided no funding numbers for that jurisdictional transitional cost, however, in December 2019 Manitoba Regional Chief Kevin Hart, who holds the AFN portfolio on child welfare, estimated it would cost $3.5 billion over five years.

Miller says budgetary asks would assume a five-year model, but funding depended on the discussions that will take place and the needs identified.

“It can’t be a top-down process that comes only from Ottawa. This is why the engagement sessions, notably with AFN (and) the rights holders themselves, are so important,” he said.

Hart says it is important that the protocol agreement recognizes that a “one-size fits all” approach won’t work and that it provides the support First Nations will need to exercise their jurisdiction in child and family welfare allowing them to move forward at their own pace.

Bellegarde says passing the law is important, but “more important” is implementing it.  He said it was unacceptable that 40,000 First Nations children were in foster care at this time. While Indigenous children account for close to eight per cent of Canada's child population, 52 per cent of children in care are Indigenous, according to the 2016 census.

“It’s our job to push the Crown that that happens. That’s always the biggest thing out on the First Nations territories and communities. It’s good to have the law set up but you need resources to implement those laws,” he said.

However, Bellegarde’s signature on the protocol agreement wasn’t supported by all of AFN’s regional chiefs.

In a tweet on Tuesday, Ontario Regional Chief RoseAnne Archibald said she voted against Bellegarde signing the protocol agreement while two other executive members abstained in the vote.  She did not name the members.

Skye sees this dissension among the AFN executive as significant.

“That’s concerning as well because it doesn’t have broad support across the country. Within AFN it’s not been a popular decision,” she said.

Bill C-92 also does not have broad support from all premiers. In 2019, Quebec Premier François Legault launched a Constitutional challenge of the bill saying child and family services fall under the province’s umbrella. Miller says he’s confident the bill will withstand the challenge. Bellegarde chastised Legault for “wasting resources” that would be better used in consultation with Quebec chiefs.

Bill C-92 is the first federal legislation that recognizes First Nations law as paramount and that makes the bill uniquely positioned to be different than other reform measures, says Bellegarde.

“The inherent right is going to be exercised and who knows better than the communities themselves how to look after their children?” he said.

Bellegarde also pushed for 13 bilateral tables, which would see chiefs engaging with provincial and territorial governments. He admitted that working with some premiers presented one of the “biggest challenges” but would not identify any premier in particular.

Miller says talks will be ongoing with provinces to determine how resources are allocated and how to move from an intervention model to a prevention model. He says he wants to focus on what the provinces are doing right and not call out any province for “doing a miserable job, which is what we've been doing up to now."

Miller offered no timeframe or deadline as to when jurisdictional transfers would be made to First Nations communities, saying only that it will take “several years.”

“The deadline is as soon as possible,” said Bellegarde.