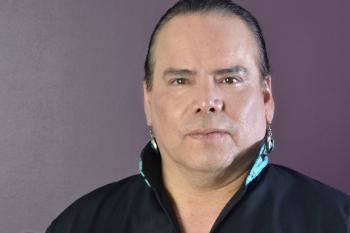 Elementary and secondary school students across Canada are just around the corner from returning to the classroom amid a still-active COVID-19 pandemic.

While Canada as a whole has recorded under 1,000 new COVID cases a day since May 26, that’s little consolation to students and parents that worry about contracting coronavirus.

Though each province’s back-to-school plan may look a little different, there’s no telling whether any will be effective in keeping students, educators and parents safe.

Manitoba Keewatinowi Okimakanak Inc. (MKO), a non-profit, political advocacy organization, has been raising concerns with Manitoba’s back-to-school plan as students in that province are scheduled to return to the classroom on Sept. 8.

MKO’s Grand Chief Garrison Settee is among many concerned with how Indigenous communities will be sufficiently protected when schools begin to reopen.

Settee, who is a former teacher of high school courses in First Nation Studies and First Nations Law, described the growing anxiety that comes with not knowing whether students may be carrying illnesses into or home from the classroom.

“I know what it’s like to live in that environment and be exposed to different things as students go in and out of our school every day,” he said.

Settee said there is an issue with the two-metre physical distancing policy in certain communities because the constraints of some schools’ infrastructure will not allow it.

“The larger schools are congested already. They’re over-exceeding their capacity,” Settee said. “Not every school has the capacity to guarantee that their students are safe.”

The possibility for an outbreak has the potential to be devastating to any community. There were 33 new cases in Manitoba reported on Aug. 20, with 247 cases still active.

“Once there is a case, [the spread of the virus] will be prevalent in such a short period of time,” Settee said.

Manitoba’s plan looks similar to that of other provinces: mandatory masks for students Grade 4 and up, self-screening done by parents and students before each school day, and an increased emphasis on handwashing practices throughout the day.

Settee is not the only one raising a common question: Do classes really need to start in September simply because that’s how it is usually done?

“My personal feelings would be, to ensure the safety of the students, for there to be a delay [so] a stronger plan can be created,” he said.

Settee also pointed to overcrowding of homes and lack of infrastructure in Indigenous communities as factors that could exacerbate an outbreak.

Another issue illuminated by the pandemic has been the clear divide between the internet connectivity available in Indigenous communities and rural and remote areas.

In a January 2020 report titled “Canada’s Communications Future: Time to Act”, just 35 per cent of First Nations households in 2018 had a broadband connection download and upload speed of 50/10 Mbps. By comparison, 98 per cent of urban households and 42 per cent of rural households have this speed.

Settee said some remote communities in northern Manitoba were still relying on faxes simply to get coronavirus-related updates from the province.

With several school boards and provinces placing an emphasis on distance learning, students that do not have adequate internet access are left behind if they can not properly access the tools needed for their curriculum.

In the short term, Settee stressed the need for creative solutions in education, and a return to using resources that don’t simply rely on downloading large files and programs as this can be a slow process for many Indigenous students.

One suggestion he had included finding a way to distribute lessons that can be watched on a TV rather than a computer.

While the realities of the American response plan at the state and federal levels may not be a perfect parallel for Canadian counterparts, what occurred during the United States’ return to school this year does provide a cautionary tale for what can happen without strict protective measures in place.

A recent report by the American Academy of Pediatrics and the Children's Hospital Association saw a 90 per cent increase in positive COVID-19 tests among children in the country over a four-week span for some schools returning to the classroom.

Despite his concerns, Settee does trust schools to put in a strong effort with the back-to-school plans.

“I know that our education systems will do what is necessary with the resources that they have,” Settee said.  “But in an ideal world, there should be better resources in order to protect students.”