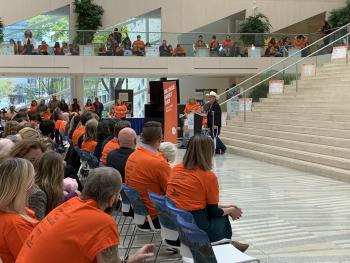 The National Centre for Truth and Reconciliation will today make public the names of children who passed away and never returned home from residential schools.

Today, Sept. 30, is officially Orange Shirt Day, but groups organize events all around the days and weeks of this date. Orange Shirt Day promotes awareness and education of the history and legacy of residential schools.

Leslie Ronaldson, who is the executive director of Safe and Caring Schools, spoke to Jacob LeBlanc of Windspeaker Radio at the Sept. 27 Edmonton event.

Ronaldson, a self-described “Alberta girl”, said it wasn’t until 2016 that she heard about residential schools for the first time ever.

“And I was, quite frankly, shocked as most are when they first learn of residential schools.”

She said she was also shocked to learn that the last residential school in Canada was only closed in 1996, so it is relatively quite recent history.

As her learning about residential schools continued, she said she felt it really important that the message be brought to Alberta to start “educating people about what really occurred.”

Safe and Caring Schools & Communities decided to hold a logo contest, with Alberta kids invited to submit their logos for consideration to have it on shirts that are sold as part of the day.

This year’s chosen orange shirt logo was designed by Jasper Place High School Grade 11 student, Farrah Ochiese. Ochiese’s family originates from Driftpile First Nation in Treaty 8 territory. She describes her artwork as “a mother trying to keep her children safe, under her wing, within her.”

“It’s scary losing a child in a mother’s vision; something you grew to love and raise.”

Ochiese wants all Albertans to know that “all children are precious. They’re our next generation.”

“The kids get it,” Ronaldson said.

“I’ve spoken with young people who had grandparents or parents that were at residential school, but they have hope. And they help with that hope by shining their light and teaching us that ‘yes, it was a bad time, but there is hope for the future’ and by having the conversation it does really help heal.”

“Every year it’s growing. Every year the conversation gets bigger and broader,” said Ronaldson.

The goal is that one day in the future, it’s not just one day, but a conversation that people have each day. There isn’t a day that goes by, said Ronaldson, that we don’t learn something new.

To that end, the National Centre for Truth and Reconciliation will host a ceremony today to honour and remember the Indigenous children who passed away in residential schools.

In response to the Truth and Reconciliation Commission’s Call to Action 72, the NCTR will make public the names of children who never returned home from residential schools.  A 50-metre long ceremonial cloth will be unveiled with the children’s names printed on it. For some time, the NCTR has been working on the National Student Memorial Register.

The ceremony will be broadcast on APTN this evening. It will include speeches by survivors, Indigenous leaders, spokespeople from NCTR, as well as live performances by Jeremy Dutcher, PIQSIQ and Red Sky Performance. 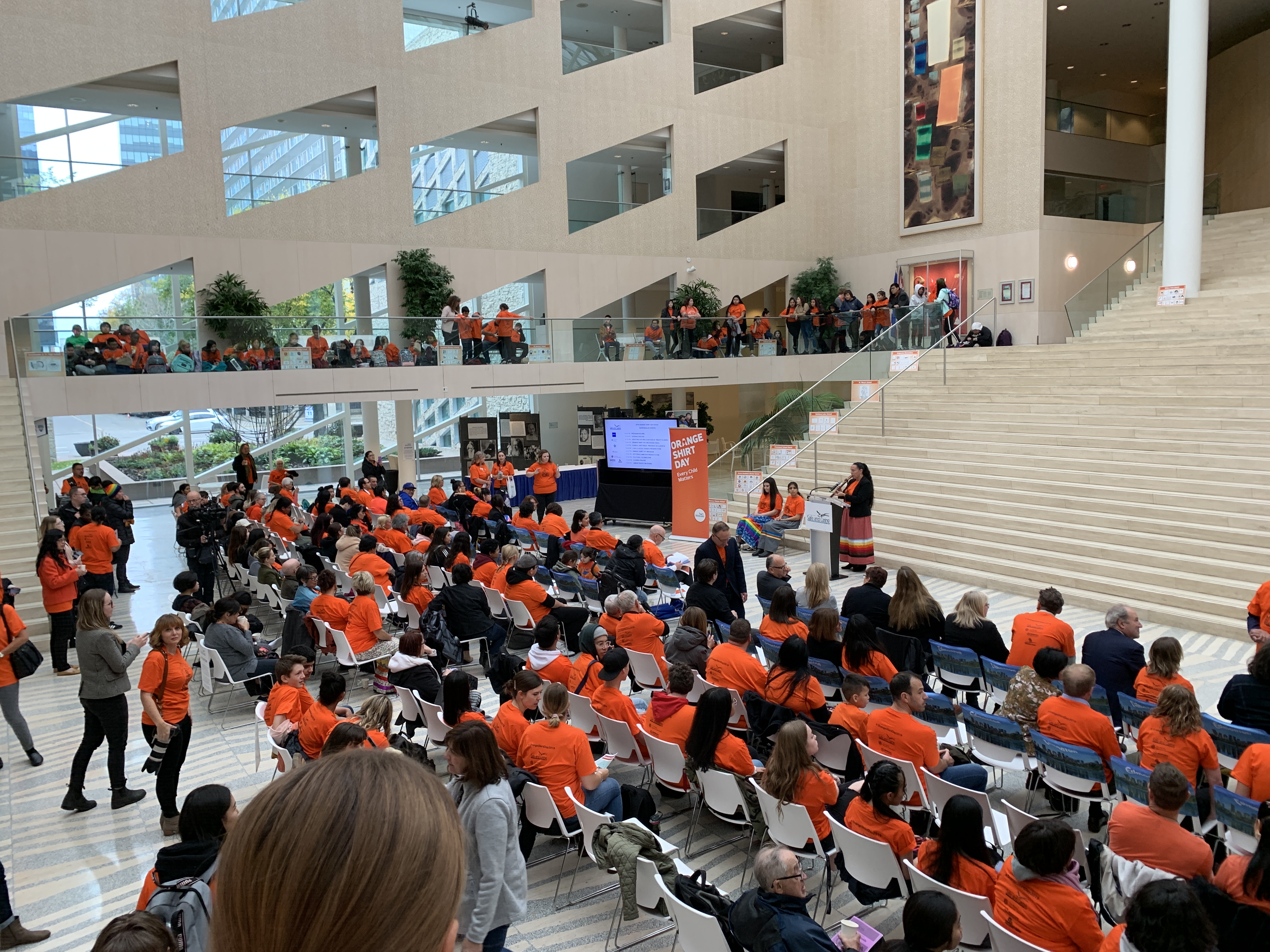