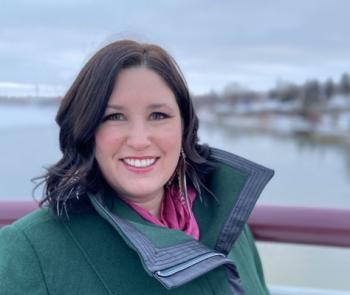 “There’s still lots of work to be done and I don’t know that it all needs to be ‘successful’ in order for it to be successful. I expect there to be setbacks and challenges, otherwise are we really challenging those systems?” — Tavia Laliberte, vice-president-academics, with Saskatchewan Indian Institute of Technologies
Shari Narine
Local Journalism Initiative Reporter
Windspeaker.com

A five-year collaboration in Saskatchewan between two Indigenous post-secondary institutions and a university is striving to make ‘system’ changes that will provide stronger educational and employment opportunities for about 32,000 Indigenous youth.

Funding from the Mastercard Foundation has led to the Oyateki Partnership, which brings together the First Nations-governed Saskatchewan Indian Institute of Technologies (SIIT), the Métis-owned post-secondary and cultural institution Gabriel Dumont Institute (GDI), and the University of Saskatchewan (U of S).

The three Saskatoon-based institutions have worked together in the past on a variety of tasks, says Tavia Laliberte, vice-president-academics, Academics Department with SIIT, who sees this partnership as an “opportunity to leverage the strengths of each of those institutions and also in some ways mitigate some of the weaknesses.”

The goal is to ensure that Indigenous youth in Saskatchewan are able to access skills and resources.

“GDI and SIIT in many ways were established and built because the systems that existed weren’t meeting the needs of Indigenous communities. But even within those institutions, our institution here in SIIT, there are still systems that need to continue to be challenged,” said Laliberte. This includes “ineffective pedagogies (the method and practice of teaching), policies, and practices within our institutions,” reads a statement from the foundation.

The same is true for the university, she says, adding, “I think probably our partner at U of S would say that's a priority of theirs as well.”

One of the systems already identified as a priority by all partners is embracing the principle of “nothing for us without us.” Laliberte admits that all three institutions have tried to incorporate Indigenous community and youth voices and priorities in various ways, but none have fully succeeded.

“I'm really excited to figure out ways to make sure that it's driven by our student population and in the community youth population, especially for those who still may not be able to access GDI and SIIT for whatever reason, making sure that these are the voices that are driving this initiative,” she said.

She doesn’t anticipate that community consultation will be lengthy, as GDI and SIIT are “so closely connected to our communities … In some ways they are part of our institutions.”

Among those systems changes will be enhanced supports focused on transitions to post-secondary, success in post-secondary and transitions to meaningful work; new and expanded mentorship and transition programs to support youth who are currently disengaged from post-secondary education and employment, including youth who are incarcerated; and new entrepreneurship programs that will provide business development, wrap-around services and start-up grants. Mental health, cultural supports, and land-based delivery of programs will also be included.

“There’s still lots of work to be done and I don’t know that it all needs to be ‘successful’ in order for it to be successful. I expect there to be setbacks and challenges, otherwise are we really challenging those systems?” she said.

Collaboration between the three institutions was a natural fit, she says, as SIIT had a partnership with U of S already, and GDI offered complementary programs and services.

Over the past number of years, SIIT has been targeting private sector and foundations for investments. It was in this manner that they connected with the Mastercard Foundation, which has as part of its mandate to work with youth in Indigenous communities in Canada.

According to Mastercard’s news release, “It is one of the largest, private foundations in the world with a mission to advance learning and promote financial inclusion to create an inclusive and equitable world.”

“As we started the dialogue with the Mastercard Foundation … there was an interest to see … how a project might work amongst a group of institutions and that really excited SIIT because it was really an opportunity to do something bigger and more than we probably could do on our own,” said Laliberte.

Laliberte also points out that this would be one of Mastercard’s first Indigenous post-secondary co-led projects.

Before the partnership officially got underway, Laliberte says the three institutions began talking to figure out how they could work together. The year’s worth of discussions had its challenges, including trying to build trust through Zoom conferences because of restrictions imposed by the COVID-19 pandemic.

“There was a commitment and intent for Mastercard to support this collaboration, but there was certainly work that needed to be done among the partnership institutions before there was this formal commitment,” she said.

Another challenge, Laliberte says, will come in measuring the success of system changes. She anticipates such “traditional metrics” like enrollment, retention, completion, graduation and “even into employment” will be used.

To make that possible, Laliberte expects one of the cohorts they may be working with will be a group of graduates.

The system changes will not only be for the five-year collaboration period.

“I think that's kind of the beauty in the challenging of the systems is that there is potential for these institutions to potentially look different and function differently through the projects that we embark on over the next five years,” said Laliberte.

“I look forward to being able to do that, to provide a better education ecosystem for Indigenous youth in Saskatchewan.”