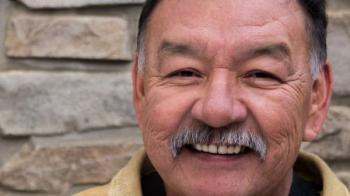 New Treaty 6 Grand Chief George Arcand Jr. wants to put into action agreements signed with the province of Alberta and the City of Edmonton a couple years back.

But first, he wants to get all 17 members of the Confederacy of Treaty Six First Nations on the same page.

“This would be the challenge, but my intention is to have 17 voices that are making directional, principled decisions as we move forward,” said Arcand.

The confederacy covers a swath across central Alberta and includes the City of Edmonton.

In December 2020, the confederacy signed a protocol agreement with the province outlining a formal process for ministers, chiefs and councils to meet throughout the year to focus on six priorities: land and resources, health care, education, justice, economic development, and culture and tourism.

It also committed to a yearly meeting with the premier. Cabinet ministers with related portfolios would also join protocol tables. However, the protocol agreement does not commit the Alberta government to taking action.

In September 2021, the confederacy signed a memorandum of understanding with the City of Edmonton that committed them, in part “to ongoing dialogues and cooperative effort around shared issues and interests that affect the long-term well-being of all people that call Edmonton their home.”

“My view (is) we need all of the nations to be supportive of all of the areas of discussion,” said Arcand.

“In order to do that I think it would be necessary for us to continue working on ensuring that all of the nations in the confederacy are part of the decision-making, part of the process.”

He expects to build that process of inclusion with chiefs over the next few months and then “fully engaging” with the province and the city on the issues through a variety of discussion tables.

For the city, Arcand says his top priority “is ensuring that the services for our urban members are being at the forefront of all of our discussions around programming.”

Some of the urban issues he identifies are homelessness, access to programs and services, and economic opportunities.

Discussions are also ongoing with the city and the province about recognizing the site where the signing of the adhesion to Treaty 6 occurred in 1877.

“Those kinds of things in my view are reconciliation pieces, whereby we are all agreeing to have a recognition and celebration and everybody recognizing this specific site,” said Arcand.

For the province, environment is a key topic of concern.

“We want to ensure environmental issues related to any of our territories are being looked after and are at the forefront of anybody’s discussion,” said Arcand.

He admits that discussions don’t necessarily lead to being listened to or favourable outcomes. He says he doesn’t want “lip service” from the province but wants assurance that the ministers are at the table to find solutions to issues identified.

Last year, the province undertook a study to move forward on replacing the RCMP with a provincial police force. The commissioned report that gave the nod to a provincial police force noted, “This project had limited discussion with First Nations and Métis groups in Alberta in the development of this report (and) that is not considered sufficient engagement with those communities.”

A provincial police force is not a move supported by First Nations. The province has committed to consulting with Indigenous communities on the issue.

Arcand, who is also chief of the Alexander First Nation, officially became grand chief in a transfer ceremony on Jan. 7. The confederacy’s bylaws call for the grand chief to be a sitting chief in one of the 17 nations and to serve a one-year term.

Arcand admits that serving a single year “is tougher,” but points out that the confederacy has had a number of strategic planning sessions over the past three years to set direction.

He says success for him in his term will be dealing with issues in a “more strategic manner.”

“So for me, it’s getting the chiefs to agree to move ahead on a particular direction and, I believe, if we can empower the chiefs to be part of the decision-making and part of the process, we will have achieved what we needed to achieve,” said Arcand.

He also said that unity within the confederacy will give the nations a stronger voice when discussing issues on a national basis at the Assembly of First Nations.