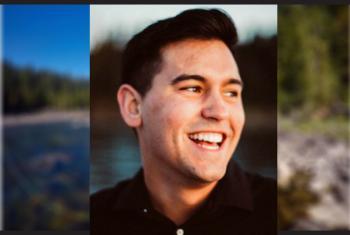 "Naming an award after Micah will help honour his legacy of conservation, protecting our parks and environment and advancing reconciliation.” —George Heyman, B.C. minister of Environment and Climate Change Strategy

The Métis environmentalist who was among the 157 people who died in an Ethiopian Airlines jet crash in March is being remembered with a new award named in his honour.

The Micah Messent Young Professional Award of Excellence will be given out annually by the Canadian Parks Council with funding support from BC Parks.

The award will recognize a young employee, intern, contractor or volunteer from a Canadian Parks Council member agency. The winner will have demonstrated leadership in managing protected areas and a passionate commitment to environmental stewardship and conservation awareness, youth leadership and internal capacity development, and reconciliation with Indigenous peoples.

“Micah was proud to come from a family with a rich history of working and spending time in national parks and taking care of our natural environment,” reads a family statement.

“Micah’s grandfather Frank Camp began his career as a warden in Jasper National Park and worked in several national parks over a span of 35 years, with his final posting being superintendent of Pacific Rim National Park. While Micah was travelling through B.C. presenting Indigenous relations workshops for BC Parks, he was touched at how many people either knew or had worked with his Grandpa Frank.”

Messent was travelling to Kenya to participate in the United Nations Environment Assembly and meet with youth and leaders from around the world when, shortly after take-off, 149 passengers and eight crew members on flight ET302 died when the plane crashed near Bishoftu, south of Addis Ababa.

BC Parks, through the Park Enhancement Fund, has created an endowment of $20,000 that will be used to fund the award annually.

“Micah was a bright light in the BC Parks family who left an impression on those he worked with in a short amount of time,” said George Heyman, B.C. minister of Environment and Climate Change Strategy.

“Micah was enthusiastic about the environment as well as promoting cultural awareness and reconciliation within BC Parks. Naming an award after Micah will help honour his legacy of conservation, protecting our parks and environment and advancing reconciliation.”

Recipients will be between the ages of 18 and 30 and will have demonstrated action that has helped to engage and connect people with nature.

Messent was a recent graduate of Vancouver Island University. In addition to his role with BC Parks, he was involved in broader conservation initiatives as a youth leader with the Ocean Bridge program, a proponent of diversity and inclusion in the outdoors, and a Canadian youth delegate to the UN Environment Assembly.