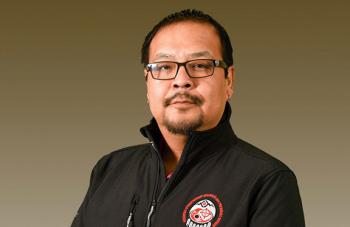 “Our leadership has said they don’t know if they’re getting more money or how much money. They have actually pulled back a lot of supports they were extending to the community.” — Courtney Skye
By Shari Narine
Local Journalism Initiative Reporter
Windspeaker.com

Pre-planning, strong leadership and existing funds combined to keep the first wave of the coronavirus disease to a minimum on First Nations. However, the impact of a second wave of COVID-19 could have a different outcome.

“The federal government is doing a reactive approach to this pandemic,” said Manitoba Regional Chief Kevin Hart, who is co-chair of the Assembly of First Nations’ COVID-19 national task force.

“For us as First Nations, we’re always on the back burner or even the third choice down the line. There’s even still systemic racism within those policies that the federal government has when it comes to its response.”

Hart points to an April 23 letter he sent to Deputy Prime Minister Chrystia Freeland and five federal ministers, including Carolyn Bennett (Crown-Indigenous Relations) and Marc Miller (Indigenous Services Canada) requesting, in part, “urgent” delivery of shelter hospitals, personal protective equipment, and COVID-19 test kits for First Nations. The letter was a follow-up to similar requests made on April 10 and April 14. Hart said the email reply he finally received, which didn’t come from a minister, said there was nothing to be done for First Nations.

Miller has stated that 87 per cent of First Nations have pandemic plans, but ISC has not provided Hart with a list of those nations despite Hart requesting that list. Hart also says the federal government claims to have a scenario for how they will respond should COVID-19 hit remote First Nations, but requests by Hart to see those plans have been ignored.

Hart said the promised federal dollars for First Nations in the first round of COVID-19 supports announced in March—$215 million— and the additional $285.1 million announced on May 29 for “as needed” health measures is inadequate. None of this bodes well for First Nations as a second wave of COVID-19 is expected as provinces open their economies.

Courtney Skye of Six Nations of the Grand River is a research fellow with the Indigenous think-tank Yellowhead Institute. In May she published a research paper noting that Indigenous Services Canada had allocated just $250,000 to improve data collection on Indigenous populations.

“Along with funding came an admission that the data available to inform Indigenous responses to COVID-19 is insufficient,” she wrote.

Skye says the federal government’s initial pot of funding was based on a formula that considered population data from 2016, remoteness and community well-being. There’s been no indication, she says, whether determinants, such as population density and existing infrastructure, have been taken into consideration for the most recent funding.

That lack of information could make a difference with her community, she says. Six Nations, with a membership of 27,000 with more than half living on reserve, has depleted its initial federal funding and the threat of COVID-19 hasn’t ended. Six Nations has had one COVID-19 on-reserve death and borders a number of larger Ontario communities, including Hamilton and Brantford, where there are active COVID-19 outbreaks.

“Our leadership has said they don’t know if they’re getting more money or how much money. They have actually pulled back a lot of supports they were extending to the community,” said Skye.

Prior to the pandemic declaration in March, Six Nations’ emergency director pre-ordered personal protective equipment, using funds the community already had. Six Nations also subsidized water deliveries for members. They can no longer afford to do that.  Manned barricades were set up to restrict entrance to the community to band members only. However, manning the barricades 24/7 is costly and could end shortly, too.  Six Nations, which has its own long-term care home, women’s shelter, and youth group home, is also a popular destination for off-reserve cigarette buyers. An influx of buyers will make the community susceptible to COVID-19.

“Our community wants to do what it can to protect the very vulnerable people in our community and it’s just very frustrating that we can’t maintain what will make our community safe without this kind of pro-activeness from the federal government to meet the needs of our community,” said Skye.

She notes that the federal government’s “general reactiveness” has had a negative impact on communities.

“Everything has come to the communities weeks delayed. There’s an acknowledgement that our communities are incredibly vulnerable, but we’re not seeing the same kind of prioritization,” she said.

Both Miller and Canada’s Chief Public Health Officer Theresa Tam have acknowledged Indigenous people are among the most vulnerable.

“A single case in any First Nations, Inuit or Métis community is high cause for concern. These communities are among the most vulnerable to COVID-19 due to distances, access to necessary resources and underlying health conditions,” said Tam in a recent press conference.