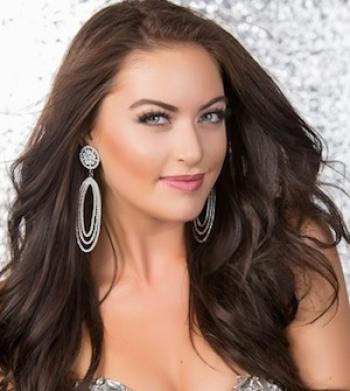 Siera Bearchell plans to use her new title as Miss Universe Canada to breakdown stereotypes and spread a message of understanding. (Photo: http://missuniversecanada.ca/2016-national-finalists/)

Losing her home in a fire in 2009 opened the door to beauty pageants for Siera Bearchell, crowned only last weekend as Miss Universe Canada.

In receiving help from the Canadian Red Cross when her family lost their house, Bearchell started volunteering for the organization. It was during that time that she heard about Miss Teen Saskatchewan.

“I thought it would give me a bigger platform to make a difference for people and maybe across the country,” she said.

Now as Miss Universe Canada, Bearchell, 23, has an even bigger platform.

She says it is still sinking in that she won the title. She was crowned in Toronto on June 11, beating out 61 other delegates. In 2013, she was runner-up for the title.

Not only does Bearchell plan to continue to use the title as a platform to deliver valuable messages, she plans to continue to breakdown stereotypes.

Bearchell is not your typical beauty pageant contestant – but then again, maybe she is. That’s one of the points she’s hoping to prove.

Bearchell has a lot going for her:  She is Metis, has just completed her second year as a law student at the University of Saskatchewan, and is co-owner of the clothing company Watered Down Apparel.

“The stigma, of course, about a beauty pageant (is that it’s) about girls who just want to walk around on stage and wear a beautiful gown. Certainly that’s the goal for some people,” she said. “For me it’s the opportunities, the people I can meet, the networks I can build by having a title like this. You have a great reach to tons of different groups of people.”

There are messages Bearchell wants to deliver – discussions about Indigenous history, which students are not taught in school, understanding of issues, and reconciliation, about the global environment – and she now has that bigger stage.

“We need an open discussion on what can be done and how we can all gain an understanding rather than judging things,” she said.

The title also allows her to continue to put her words into actions. In July she will travel to Nicaragua to work with Operation Smile, the official charity of Miss Universe Canada for which all contestants combined raised $111,000. Operation Smile carries out surgeries on children who have been born with cleft lips and cleft palates. Bearchell may also go with the organization to Colombia.

Bearchell will represent Canada at Miss Universe. While there is no firm date set for the contest, she anticipates it will happen in December.

She believes that the law and her business are good fits with her new title.

“Especially with this opportunity, you never know what the future may hold,” said Bearchell.