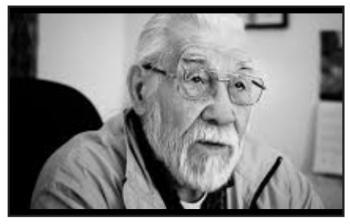 “We’ve been advocating for a safe election, that a lot of safety protocols be put in place like people do all over the world.” — Roy Vermillion
By Shari Narine
Local Journalism Initiative Reporter
Windspeaker.com

COVID-19 regulations brought in by Indigenous Services Canada is forcing Mikisew Cree First Nation members to choose between third party management and a chief and council some claim have unilaterally extended its three-year term.

“We’re open to the option of bringing in Indian Affairs to co-manage with our administration,” said Roy Vermillion.

“I’m choosing the lesser of two evils because… our chief and council have kept us in the dark. We don’t know what they’re doing.”

Vermillion has joined forces with David Tuccaro, both off-reserve Mikisew Cree Nation members, to pursue legal action against Chief Archie Waquan and council, which adopted a Band Council Resolution that cited the coronavirus pandemic as the reason to postpone the June 20 election until the end of September.

In a short interview with Windspeaker.com on June 18, Waquan said he was concerned about the chances of Elders contracting COVID-19 as the nation would require polling stations in Fort Chipewyan, Fort McMurray, Edmonton, High Level and Fort Smith. He said he would not consider mail-in ballots.

“I’m going to follow my own election regulations. The people who are actually taking me to task are quoting all those things, so I’m going to keep with that,” said Waquan.

Election regulations, which were adopted in 1996, do not set out any occasion for the use of mail-in ballots or for postponing the election date.

When pushed to explain why he could work around one part of the nation’s election regulations and not another, Waquan abruptly ended the interview.

“We’ve been at this since March, asking chief and council to prepare for an election,” said Vermillion. “We’ve been advocating for a safe election, that a lot of safety protocols be put in place like people do all over the world.” The use of face masks, social distancing, hand sanitizer, and providing each voter with their own pens are some of the safety measures proposed.

On April 22, a BCR was posted on the nation’s official Facebook page saying the election was postponed until the end of September. It cited the coronavirus pandemic as the reason.

Yet it’s these new regulations that chief and council’s legal counsel Jeffrey Rath is citing as the reason for postponing the election.

That the ISC regulations include bands that have their own custom election code is troubling to Vermillion.

Vermillion says chief and council did not consult with membership before postponing the election.

He also says chief and council are using these regulations as an excuse to hold on to power. Problems began back in fall 2017, says Vermillion, and have continued with concerns of councillors not residing on-reserve or in Fort Chip, as is required by custom election code; lack of financial accountability; lack of general meetings; and lack of meetings outside of Fort Chip.

“The federal government didn’t have jurisdiction to pass regulations that effectively gave the chief and council discretion to override the mandatory provisions of their custom code that are member-approved,” said Orlagh O'Kelly, legal counsel for Vermillion and Tuccaro.

O’Kelly says they are seeking an order that would force the present chief and council to step down. The custom election code requires a minimum 40-day period between the positions being vacated and a new council being elected. In order for band business to continue, third party management by Indigenous Services Canada would be necessary.

The question of whether band membership supports third party management is included in a seven-question survey on Mikisew Cree First Nation’s Facebook page. Votes are to be cast by noon on June 19.

“We realize that’s probably the one thing that will divide people. We do get a general sense that most members want an election, but are they willing to go forward with that if it means a small period of third party management?” said O’Kelly.

A June 12 order from the case management judge states that the issue of the election is to “be resolved quickly” and sets July 27 as the date for the hearing.

O’Kelly is hopeful that the end result will be an election “well in advance” of the September timeline set by the March 11 BCR.