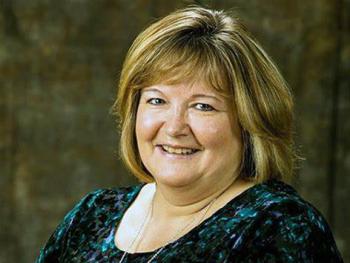 Rachelle Venne, CEO of Institute for the Advancement of Aboriginal Women and co-chair of the Alberta joint working group on missing and murdered Indigenous women and girls.

“There is actually lots being done currently. Nobody’s waiting on their hands until the government says, ‘Do this.’ I don’t know anybody who’s waiting on this.” — Rachelle Venne
By Shari Narine
Local Journalism Initiative Reporter
Windspeaker.com

In a small ceremony this week the Alberta joint working group will formally deliver its more than 100 recommendations to the province on actions the government should implement to address the issue of missing and murdered Indigenous women and girls (MMIWG).

And while the government takes time to study those recommendations, organizations like the Institute for the Advancement of Aboriginal Women (IAAW) will continue to help women and families who are impacted by the ongoing tragedy.

Venne was joined on the group by three other Indigenous women, Josie Nepinak, executive director of the Awo Taan Healing Lodge, in Calgary; Lisa Higgerty, director of the Hinton Friendship Centre and co-chair of the Métis Women’s Council on Economic Security; and Suzanne Life-Yeomans, co-chair of the First Nations Women’s Council on Economic Security. The Métis and First Nations women’s councils on economic security were established by the province in 2013.

Three MLAs also served on the joint working group although those members changed since the group was appointed in March 2020.

The mixture of experienced Indigenous women and government members is the only way any action taken on MMIWG can be successful, said Venne.

“It has to be joint because all of the work that’s going to happen has to happen in concert with each other. I think this is a really good way to move forward on these massive changes that are necessary,” said Venne.

Each group member committed 46 full days and 337 hours of meetings, plus more than 100 hours of preparation for reading materials and reviewing presentations, said Venne.

That work included a look at “every department within the government that had a hand in anything to do with MMIWG,” interviewing police chiefs, examining the death review committee process, and looking at human trafficking, said Venne.

“What we did, we compared that to what is happening currently in Alberta and then made the recommendations on what each department will be doing or our suggestions on what sort of actions they can take to implement,” she said.

Some actions already being taken, she points out, include improved victims’ services by police departments; the RCMP historical homicides unit having re-opened some cases; the Edmonton Police Service allowing victims to immediately report sexual assaults online; and a human trafficking task force appointed by the Alberta government.

While Venne wouldn’t go into detail on the working group’s recommendations, she did tell Windspeaker.com that the more than 100 recommendations have been divided into short term, medium term and long term. She would not say how many were in each category.

“Some of the things we’re recommending for action, they do take multiple ministries and multiple different stakeholders, so those ones are going to take a little bit longer,” said Venne.

She added that one recommendation the joint working group said could be done immediately was completed six months ago. However, she “can’t release” what that recommendation was.

The group’s recommendations are guided by the 231 Calls for Justice from the final report of the National Inquiry into Missing and Murdered Indigenous Women and Girl, which was delivered in 2019.

“We took the Calls for Justice. We added to them. What is currently being done, what needs to be done, so it’s an Alberta spin on those national recommendations,” said Venne.

She says the government will need to work with each department targeted by the working group to determine what is possible, what resources are required and when action can be taken. She doesn’t expect recommendations to start being implemented for another couple of months.

“We’re hoping for the spring and maybe it will be a staggered kind of thing that will come out. There will be some that they say, ‘Hey, let’s act on that right away’,” Venne said.

As to why the report can’t be made public the same time it is being presented to the government, Venne says that it’s the government’s process to take the time to review the recommendations before making them public.

“If you want to work together with partners, you don’t spring something on them so the media can pull it apart…You need the time to respond to that, to come back with answers that make sense,” she said.

“Once they are ready to respond, that will be a public opportunity to talk about the recommendations.”

As for criticism that the process needs to be decolonized, Venne said Elders were present at every meeting to help support the work that was done and the group continued with the work undertaken by the national inquiry.

“We used language that was in the national inquiry final report. We maintained the good work that was done with that report and brought that into Alberta. Those are ways we felt we kept with what was laid out in that final report,” she said.

With a provincial election slated for May 2023, the NDP leading in the polls right now, and some of the recommendations from the Alberta joint working group being long term, Venne said, “We spent a lot of time to make the actions. With this government or the next, me as running an organization and the other women that are on the group that actually do run organizations, we’re going to continue to work on what we’ve laid out. It’s not going to be just government.”