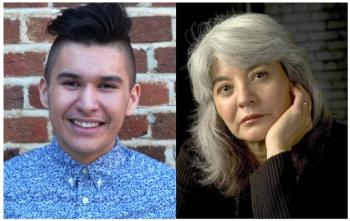 The Ânskohk Festival will take place in Saskatoon Nov. 21, 22 and 23. The festival was founded in 2004 and is one of the last remaining Indigenous literature festivals in Canada.

Poets Billy-Ray Belcourt and Louise Halfe will be part of the Ânskohk 2019 lineup, as will Governor General award shortlisted authors, Joshua Whitehead, and two-time nominee for the Governor General’s award, Garry Thomas Morse.

Governor General’s award nominee (2016) Harold Johnson will be in attendance to celebrate his new book. Authors Carol GoldenEagle, and Tenille Campbell are amongst the 25 presenters at this year’s festival.

The first evening of the festival is devoted to celebrating Indigenous authors who have recently published books, recognizing them with an honour song and a community meal, reads a press statement.

After supper, attendees will get face-time with authors over dessert. A special showing at the Roxy Theatre of Tasha Hubbard’s film, nîpawistamâsowin: We Will Stand Up, the Colten Boushie story, will be followed by a panel of Indigenous journalists, including Doug Cuthand, Betty Ann Adam, and John Lagimodiere.

Admission is free with donations gratefully accepted at the door.