Indigenous communities behind the eight ball in pandemic digital era 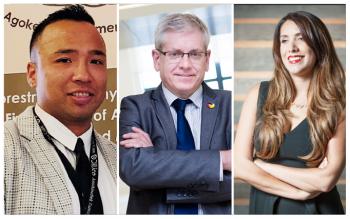 “I’m not sure if you could say it’s only 10 times worse. It feels like it’s 100 times worse.” — Jason Rasevych
By Adam Laskaris
Local Journalism Initiative Reporter
Windspeaker.com Contributor

When the shift to virtual classrooms and offices began with the COVID-19 pandemic, large populations of Indigenous people, especially those in remote communities, struggled with the new normal of home-based workplaces and schooling. This was largely due to unequal access to internet connection.

Denise Williams, CEO of the First Nations Technology Council (FNTC), is among those working towards bridging the connectivity gap. During the pandemic, the FNTC has been working in data collection to attempt to highlight how really stark the divide is.

Williams, who is Coast Salish from the Cowichan Tribes on Vancouver Island, says one of the key reasons for the lack of access to major telecommunications networks is the corporations haven’t expanded the infrastructure necessary for modern internet technologies, such as 5G. In turn, a slower internet connection can leave rural and remote populations a step behind when it comes to virtual life.

“There’s a desire for everything to be fast-paced,” Williams said, but interjurisdictional complexity — a mixture of government departments, corporations, and organizations trying to all work together, often without clear leadership — have contributed to a reality where Indigenous communities struggle in the digital age.

“It isn’t a checkmark just to have access,” Williams said. Technology can end up as “another potential tool for assimilation.” She said systems developed largely in non-Indigenous spaces may not be sensitive to Indigenous needs without proper consultation of the communities where they are being implemented.

Due to the pandemic, many healthcare resources and therapy sessions have also shifted online. But the transition from face-to-face interactions to virtual ones isn’t always straightforward, especially if internet connections are inferior.

“Most people already have a little discomfort [with video conferencing],” Williams said.

She asserts, however, that internet access needs to be thought of as a human right, rather than a luxury.

Jason Rasevych, a business advisor and economic developer based in Thunder Bay, Ont., noted that, even pre-coronavirus, internet connectivity has been an problem for decades in many remote communities.

“I’m not sure if you could say it’s only 10 times worse,” said Rasevych, who is a member of the Ginoogaming First Nation. “It feels like it’s 100 times worse” than the connection in urban centres. Antiquated satellite connection dominate in many Indigenous communities.

Rasevych stressed the importance of working with Indigenous communities at every step of building local networks, from design through construction to maintenance. He said Indigenous leaders need to push for the highest quality fibre optic technologies available.

“Why would we accept a colonial, archaic system in our own community if given the opportunity to rebuild it into a new network?” he said. Rasevych was on the leadership team to bring fibre optic connection to five Indigenous communities in Northern Ontario.

He said there’s not many issues setting up internet for one or two people to use, but with overcrowding in on-reserve homes, and the increased number of devices in those homes, a poor quality connection can limit the opportunity for people to relax, connect with friends and family, and enjoy entertainment options, such as video streaming services or online gaming.

Additionally, every facet of online business life—downloading files, giving presentations, and setting up digital marketplaces—can be challenging under those circumstances.

Charlie Angus, the NDP Member of Parliament for Timmins-James Bay, has spoken up in the House of Commons about rural/remote connectivity issues.

Angus shared anecdotes from his constituents who had to travel to fast food restaurant parking lots simply to gain access to the internet in order to complete school assignments or work commitments.

While federal and provincial governments and large corporations, like financial institutions, promote their online products and services— from applying for pandemic supports, filing taxes and to do everyday banking—Angus says these are largely inaccessible without a strong internet connection.

“There’s a dichotomy where there’s a refusal to put investments” into Indigenous communities, he said.

Angus said telecommunication providers “haven’t been good corporate citizens.” He said he’s seen price gouging, as well as an unequal distribution of services occur with little legislation in place to stop it.

Echoing the sentiments of Rasevych and Williams, Angus believes that getting community input from the local population and providing job opportunities during infrastructure developments is paramount in building sustainable frameworks.

“It makes sense,” he said. “It’s a no-brainer from a business perspective.”