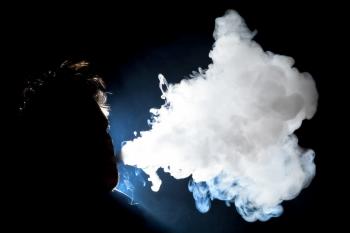 Symptoms of pulmonary illness include cough, shortness of breath, and chest pain. Seek medical attention promptly if you have concerns about their health.

Health Canada is advising people who use vaping products to monitor themselves for symptoms of pulmonary illness (e.g., cough, shortness of breath, chest pain) and to seek medical attention promptly if they have concerns about their health.

Vaping does have risks and the potential long-term effects of vaping remain unknown. Non-smokers, people who are pregnant and young people should not vape.

Vaping is the act of inhaling and exhaling an aerosol produced by a vaping product, such as an e-cigarette. Vaping doesn't require burning the way cigarette smoking does. A device, usually battery-powered, heats a liquid into a vapour, which then turns into an aerosol. This vapour can contain substances such as nicotine and flavourings.

Cannabis can be consumed by vaporizing and vaping (breathing in dried cannabis or liquid cannabis vapors through a vaporizer or vaping device). Illegal cannabis, including cannabis vaping products that are sold on the illegal market, are not quality-controlled and may be contaminated.

The Province of Quebec has notified the Public Health Agency of Canada of a confirmed case of severe pulmonary illness related to vaping products. This is the first confirmed case in Canada. This follows the report out of the Middlesex-London Health Unit in Ontario of another possible case. At this time, the Middlesex-London incident is not considered confirmed as it is still under investigation and has not been officially reported to the Public Health Agency of Canada by the Province of Ontario.

The Public Health Agency of Canada (PHAC) and the Council of Chief Medical Officers of Health have convened a federal, provincial and territorial task group on severe pulmonary illness related to vaping to develop a uniform approach to identifying and reporting cases. The Task Group is working collaboratively to develop technical documents such as a Canadian case definition; data collection tools; and information sharing processes. In addition, Health Canada has obtained samples of vaping products for testing purposes.

If you use vaping products, avoid any products from illegal or unregulated sources. Products obtained from the illegal market are not subject to any controls or oversight with respect to safety or quality.

Do not modify vaping products or add any substances to these products that are not intended by the manufacturer.