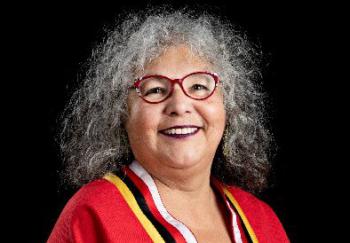 “We have not abandoned hope..." — Lorraine Whitman

Canada has been given a “resounding fail” by the Native Women’s Association of Canada (NWAC) in its report card on the government’s follow-up to the final report of the National Inquiry into Missing and Murdered Indigenous Women and Girls.

The inquiry’s report was released one year ago, June 3, 2019, and Canada has yet to produce a national action plan, promised by Prime Minister Justin Trudeau with an anticipated release date on the first year anniversary, today, but in May government announced a postponed because of the COVID-19 pandemic.

NWAC notes that Yukon “was able to forge ahead with its own strategy in response to the Final Report” despite the pandemic. And National Inquiry Chief Commissioner Marion Buller said “The excuse that the pandemic has prevented or delayed the release of a National Action Plan that would begin to address our Inquiry’s 231 Calls For Justice simply does not hold water.”

NWAC’s report card presents a snapshot of where Canada is situated in relation to the four sets of rights set out as part of the national inquiry’s new framework. Progress was judged against ongoing violations of the rights to culture, to health, to security and to justice.

Report card says, “Regrettably, the bleak everyday reality faced by thousands of Canadian Indigenous women, girls, and gender-diverse persons has not fundamentally changed since the publication of that report.”

“Instead of a National Action Plan, we have been left with a Lack-of-Action Plan,” said Lorraine Whitman, NWAC president. She said Canada has done very little to address the inquiries Calls for Justice.

In May, NWAC sent a list of eight measures that could form the basis of a move-forward strategy to create a national plan. NWAC has yet to receive a response from Ottawa.

“We have not abandoned hope that the government will release a plan in the near future,” said Whitman… “[W]e are willing to do whatever is necessary to make that happen.”