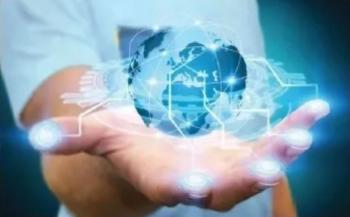 If you don’t know where all your data information is, can it rightfully be claimed as yours? That’s a question posed by Cheryl Savoie, a speaker at last week’s National Indigenous Virtual Tech Conference.

Savoie is the founder and owner of her own consulting company. She has dealt with telecommunications from her days working as an intern for a telephone company in Alberta. And data sovereignty, the theme of the conference, as a goal through her six years as director of technology and 10 years as director of economic development of Alexander First Nation, her community.

It was a disturbing comment that sparked her interest in the telecommunications industry many years ago.

She overheard a comment from a former Telus company official who said ‘The Natives wouldn’t know what to do with technology even if you gave it to them.’

“I have to say thank you to those comments because that, in essence, allowed my consulting firm to be born,” Savoie said.

At the time, Alberta First Nations were participating in the Alberta SuperNet initiative, a network of fibre-optic cables and wireless connections across the province connecting schools, hospitals, libraries, government and municipal offices in 429 communities.

“It was not being represented through the Alberta First Nations lens in any way, shape or form,” Savoie said. “So, First Nations were not their own utilities companies and they didn’t understand how to utilize this network or utility in their business models.”

While working in economic development for her Nation, Savoie was instrumental in the creation of a 25,000 sq. ft. data center.

“It was a private organization, private funders that came in,” she said. “The federal government had nothing to do with it. I want to say that because it’s really important, as well (is) the story and the journey of how we got to that place.”

It was the old arena in the community that led to the data centre. “Anybody who’s in the community knows how important hockey is to us and what kind of experience we’ve had in our arenas. The fact is we need them, however, there is no money to operate them.”

The centre was built to correct that, and to exercise the First Nation’s sovereignty for online gaming, “but the provincial government didn’t agree on this issue and ordered the centre closed not long after its opening.”

During her conference presentation, Savoie talked about the importance of data management, which “refers to every aspect of how you handle your information,” she said.

“How do you prepare it? Is it clean? (What are) your processes around it? How do you load that information for others to see and use in your daily operations?

“And are you cataloguing your information like a library so that you can use it another time and are you warehousing it for the future so that your future generations can reference some of your historical documents that you are now undergoing and taking forward as your organization.”

Savoie said it’s vital to understand what happens to information once it is gathered. For example, data compiled by the Community Well-Being index includes information about levels of education completed, workplace, amount of money in bank accounts, state of one’s health, current employment and the number of children one has.

“This is how the federal government measures if the First Nation communities are close to integrating with the rest of society,” Savoie said. “Those are the information indicators that are going to be coming in place with Stats Canada. That’s who collects the community wellness index and it relates to our fiscal frameworks as we start negotiating with the federal government.”

Savoie believes it’s also important to understand how much information is given out to social media networks, including Facebook and Instagram, and what personal details are provided to insurance companies and financial institutions.

“It is all the handling of information that is data governance,” Savoie said. “So, in short, I think we have some room that we can do some improvement in making our policies and our processes to address some of these issues as we move forward.”