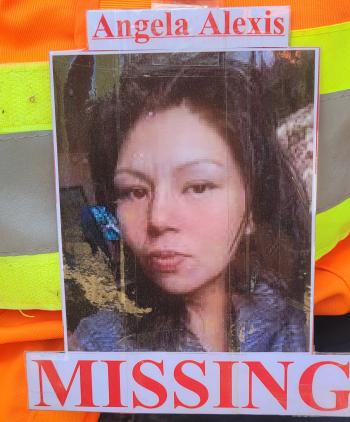 “A large volume of interviews have been done and we continue to investigate in an effort to determine the nature, the context of her disappearance and potentially where she is.” — Cpl. Deanna Fontaine
By Shari Narine
Local Journalism Initiative Reporter
Windspeaker.com

The RCMP have moved its investigation into the disappearance of Alexis Nakota Sioux Nation member Angela Morningstar Alexis to its Major Crimes Unit.

“They’re investigating and following up on all available leads. However, at this time it is unknown if Angela’s disappearance is criminal in nature,” said Cpl. Deanna Fontaine with the RCMP’s K-Division.

“At this point in time, (the investigation) is not pointing in one direction or another,” she said.

Angela was reported missing to the Mayerthorpe RCMP by her father Gerald “Bobby” Alexis on Sept. 8. She was last seen by a family member Aug. 17 on the reserve north of Edmonton.

“A large volume of interviews have been done and we continue to investigate in an effort to determine the nature, the context of her disappearance and potentially where she is,” said Fontaine.

She would not quantify what a “large volume” meant.

“Over the last few days our special tactical operation team has been utilized in a number of searches in various areas and the investigation is still actively ongoing,” said Fontaine.

She added that as family and community members continued to search for Angela, they notify RCMP if anything of interest is found.

“This has happened a number of times in these searches for this case, specifically. They call us and an RCMP (member) goes and seizes whatever evidence or items for evidence in this investigation,” said Fontaine.

Angela’s cousin and godmother Jessica Alexis has been spearheading daily searches on the First Nation since Angela’s disappearance.

This past Saturday, the search was combined with the community’s monthly rally against alcohol and drugs. Searching began at 10 a.m. from the east end of the reserve. A prayer and candlelight vigil were held that evening for Angela.

“We keep investigating and following any information, conducting our interviews, looking at any evidence… You just keep investigating everything that you possibly have. In some cases, there is no answer and in some there are,” said Fontaine.

She encourages anyone who has not come forward with information to please do so. They can phone CRIMESTOPPERS at 1-800-222-TIPS. 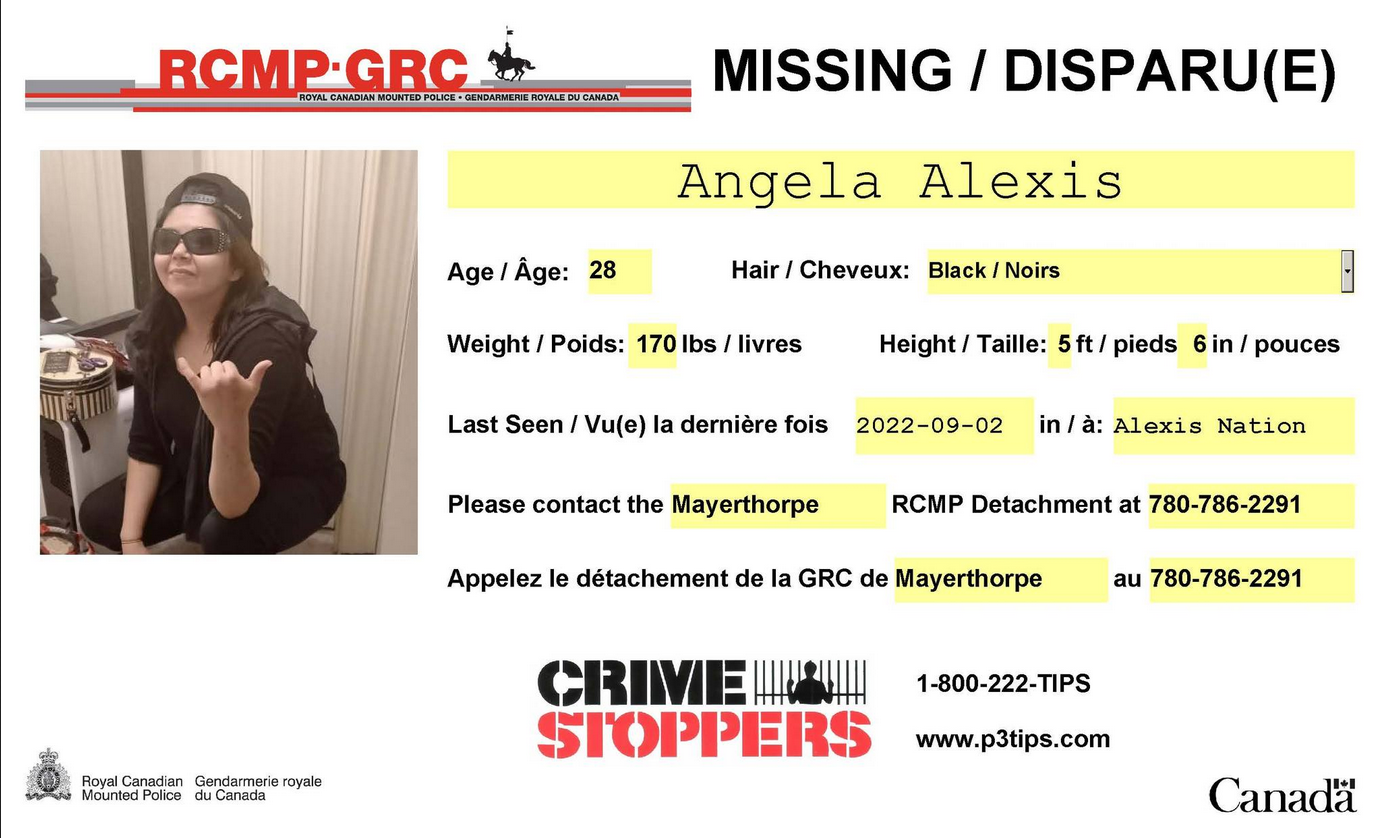