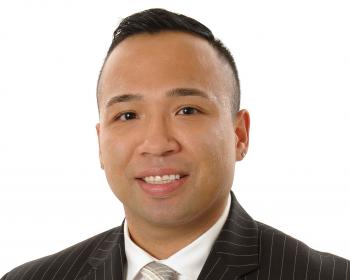 “It must be acknowledged that the 15 proposed mining projects that are planned for the next decade are on the ancestral, inherent, customary, traditional lands of many First Nations in Northwestern Ontario and that their free, prior, informed consent will be required before any development proceeds.” — Jason Rasevych, president of the Anishnawbe Business Professional Association
By Sam Laskaris
Local Journalism Initiative Reporter
Windspeaker.com

Jason Rasevych is encouraged by some news announced this past week in the Thunder Bay Community Economic Development Commission (CEDC) Mining Readiness Strategy.

The report says a total of 15 mines could go into development in northwestern Ontario during the next decade.

These mines would undoubtedly give an economic boost to northern communities and could provide as many as 7,000 new jobs.

But Rasevych, the president of the Anishnawbe Business Professional Association (ABPA), has raised several concerns with some items in the report.

One project that is expected to commence soon is the Greenstone Gold Mines in the town of Geraldton located just under 300 kilometres northeast of Thunder Bay.

With the Greenstone Gold Mines, plans have been made to design, construct and operate an open-pit gold mine over the next 15 years.

“Potential construction could begin as early as this fall,” Rasevych said.

This project is within the traditional territories of several Indigenous communities, which have given their approval to the venture.

Rasevych, a member of Ginoogaming First Nation, said engagement with First Nations is lacking on many other proposed mining ventures in region.

“There are other projects where that consultation is not happening,” he said.

Without that consultation with First Nations, said Rasevych, these projects could be faced with lengthy delays and possibly even litigation.

Rasevych said it is difficult to speculate how long the delays could be for some projects without the consultation piece being included.

“That ranges from the degree of the issue and whether (Indigenous) rights are being protected,” he said.

The fact the COVID-19 pandemic has been a prevalent concern in Canada since last March has not helped matters.

“With COVID, it has made it more difficult to engage with Indigenous communities,” Rasevych said, adding many First Nations have had lockdowns, allowing only members into communities.

But Rasevych said it’s vital to only proceed with projects when proper consultations have been done and approval has been received.

“Too often, First Nation’s socio-economic interests are an afterthought, resulting in delays in mine permitting, regulatory processes and ultimately the social license of Indigenous peoples,” he said. “It must be acknowledged that the 15 proposed mining projects that are planned for the next decade are on the ancestral, inherent, customary, traditional lands of many First Nations in Northwestern Ontario and that their free, prior, informed consent will be required before any development proceeds.

“There is also constitutionally protected rights and Treaties that must be honoured to respect the Indigenous peoples that have lived off the land since time immemorial.”

Rasevych points out the CEDC consulted with 25 organizations while preparing its strategy report. Yet only one Indigenous organization, the Nishnawbe Aski Development Fund, was asked for its input.

Rasevych was disappointed that First Nations, tribal councils and even the ABPA were not sought out to provide advice.

“We would have thought we’d be a no-brainer to be a part of this study,” said Rasevych of his association, which was founded in 2019.

“There’s been positive feedback from media outlets in the region,” he said. “It made it very clear there was a missing angle.”

Rasevych is more than willing to help provide Indigenous perspectives.

“These messages need to be made known to the mining community and the government,” he said.

Besides consulting with Indigenous communities, Rasevych said it is vital that any mining projects also include opportunities for Indigenous people to have active roles with their development.

“First Nations require direct economic benefits in mining, and many are seeking a greater role in ownership of mines, power generation, and transmission projects to supply not only the mining site but also close the loop on legacy issues and their First Nation’s community needs,” he said.

“Every mining or infrastructure project on First Nations’ traditional lands needs to have an Indigenous procurement component such as set asides and preferred contracting to ensure there is a local benefit for First Nations peoples and businesses.”