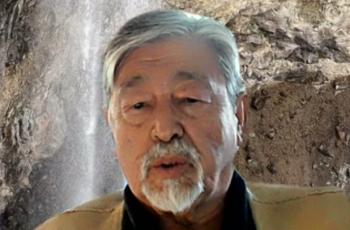 Ronald Ignace, newly appointed commissioner for the Office of the Commission for Indigenous Languages.

“Our language is so important to our right to self-determination and self-government and nationhood. We need to have our own languages, our own laws, our own lands, our own people, and our own identifiable forms of government.” —Assembly of First Nations National Chief Perry Bellegarde
By Shari Narine
Local Journalism Initiative Reporter
Windspeaker.com

On June 14, Ronald Ignace was named commissioner. He is joined by three directors—Robert Watt (Inuit), Georgina Liberty (Métis) and Joan Greyeyes (First Nations). They make up the members of the Office of the Commission for Indigenous Languages (OCIL).

“Some of our languages are hanging by a thread having lost all or nearly all their speakers,” said Ignace, noting there are more than 70 Indigenous languages across the country.

However, he said, ground-breaking work is occurring in numerous Indigenous communities to keep languages alive and thriving, which “gives us hope and shows we can turn this around given the right resources, institutional support and, especially, working together.”

Ignace, a member of the Secwepemc Nation (British Columbia), was instrumental in the development of the Indigenous Languages Act as co-chair of the Assembly of First Nations (AFN) Chiefs Committee on Languages from 2016 to 2021.

Ignace lauded the Indigenous Languages Act as a “rare piece of legislation co-developed by Indigenous peoples and the Canadian government and many of us are seeing it as a way forward as we seek reconciliation, restitution and move towards a just future.”

“A tremendous amount of work remains to be done to revitalize these valuable languages. But we have reasons to hope that in the future Indigenous languages will be spoken even more widely. They are fundamental to First Nations, Inuit, and Métis and to Canadian society as a whole,” said Canadian Heritage Minister Stephen Guilbeault.

“Our languages are the founding languages of Canada and demand the respect, not only of Canadians generally, but also within the human rights element and the implementation of the United Nations Declaration on the Rights of Indigenous Peoples and building upon the work of the Truth and Reconciliation Commission and their findings,” said Natan Obed, president of the Inuit Tapiriit Kanatami, who was joined at the virtual launch by leadership for the Métis National Council (MNC) and AFN.

The Indigenous Languages Act is the federal government’s response to Call to Action #15 set out by the Truth and Reconciliation Commission, which took witness testimony and gathered evidence on the legacy of the Indian residential school system in Canada.

“We also want to see a new funding model implemented as soon as possible. Funding labels allocated to support the Métis Nation must reflect our real needs, including the fact that Michif is critically endangered.  Stable long-term funding to enable the development and delivery of strategic and effective programs is urgently required,” he said.

Chartier pointed out that there are less than 1,000 Michif speakers still alive.

The funding model is supposed to take a distinctions-based approach.

In the 2019 budget the Liberal government earmarked a starting amount of $333.7 million over five years along with $115.7 million to support Indigenous languages community-based projects.

The members of the OCIL have five-year appointments. In that time, said Ignace, he wants to ensure that learning Indigenous languages moves away from the “Elders who have worked in the broom closets” and fundraised to teach the younger generations.

“We hope that, no, not hope, but we will have proper and sufficient and ongoing resources for all Indigenous languages. That’s what we’ll fight for and we will hope and I will try to ensure that we accomplish that,” said Ignace.