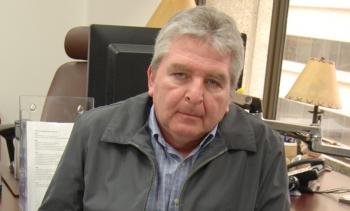 “These concerns were there before the pandemic and we expect that they will be there after the pandemic and we need to have a clear strategy for young people.” — Child and Youth Advocate Del Graff
By Shari Narine
Local Journalism Initiative Reporter
Windspeaker.com

A report released today by Alberta’s child and youth advocate shows that youth – particularly Indigenous youth – are overdosing on opioids in distressing numbers.

“I do recognize that the pandemic likely plays a role in some of these tragic circumstances, but regardless, it's very concerning,” said Child and Youth Advocate Del Graff.

In 2020, 95 young people under the age of 25 died from accidental opioid poisoning in Alberta. In the first quarter of 2021, the number of deaths sits at 29. If this trend continues, the number of young people lost to the opioid crisis this year will be the highest on record.

Despite 2019’s decrease and the unexpected difficulties brought on by measures to fight the coronavirus pandemic in 2020, which shut down many in-person counselling sessions and addictions meetings and limited access to supervised consumption sites, Graff contends that the previous years’ numbers are concerning.

“There isn’t a way to suggest that the reduction in numbers over those couple of years (2019, 2018) still isn’t alarming. It really is,” he said.

The new report released June 16, entitled Renewed Focus: A Follow-Up Report on Youth Opioid Use in Alberta, follows the June 2018 Into Focus report on the same topic. It includes a new recommendation: for the Alberta government to develop and implement a provincial youth strategy to address opioid and substance use through a dedicated body such as a commission or committee.

Into Focus had five recommendations that called on a continuum of services for youth, starting at the elementary level through to the high school level, to be offered in a holistic and timely manner.  Progress on these recommendations have been limited, says Renewed Focus.

The 2021 recommendation was included as a suggestion in 2018.

“We saw that given the circumstances that we’re in now that we needed in fact to make it explicit (as) the vehicle that we saw being most appropriate to address these (other five) recommendations,” said Graff.

He says he is hopeful that the government will move on this recommendation and not dismiss the growing youth opioid crisis by blaming it on the pandemic.

The recommended dedicated body is to comprise of government, community members, family members and young people.

While Renewed Focus doesn’t offer a dollar figure for this newest recommendation, Graff said, it “requires a set of services that demand additional resources. There’s no question about that.”

He adds he has never been asked by the government to provide a budget for a recommendation.

“A key part of this youth strategy must include a clear focus on Indigenous young people.… It is crucial that the cumulative impacts of colonialism, intergenerational trauma, and the opioid crisis be recognized. We believe the best approaches and solutions are those that government develops in collaboration with communities,” reads Renewed Focus.

“The information that we have indicates Indigenous people are disproportionately affected by the opioid crisis,” said Graff. “It really does tell us that there needs to be particular attention to the needs of Indigenous young people, their families and their communities. There are lots of efforts being made. We just think there needs to be greater attention to young people in a significant way.”

Efforts need to include harm reduction and treatment, said Graff, who stresses that harm reduction can result in beneficial relationships for young people that can lead them to intervention and other services.

Supervised consumption sites have come under scrutiny from the UCP government, with some being closed and others being relocated.

The government’s lack of movement on the 2018 recommendations may have been as a result of their focus on the adult opioid and substance use crisis, said Graff.

“But … if we don't get upstream from those crisis circumstances we're just going to continue to have crisis. So the 17-year-old young man of today is going to be the 37-year-old young man tomorrow and the opioid crisis will continue. And we’re very concerned about that,” said Graff.

“I’m talking about services that support young people for a different trajectory. We know that those people who are in a real crisis with opioids, they don’t start there. They start way before then and often it involves trauma, sometimes it involves intergenerational traumas. There’s lot of things that proceed that level of involvement with drug use. When we can prevent some of those activities from happening, we can prevent the end points we’re seeing.”

A copy of the report: Renewed Focus: A Follow-Up Report on Youth Opioid Use in Alberta is available at: SpRpt2021June_Renewed-Focus.pdf (alberta.ca)