Women take their place at the head of Indigenous sports organizations 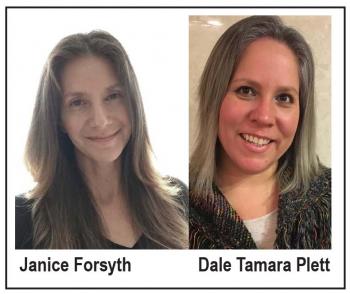 It was announced this past week that Dale Tamara Plett has been appointed president of the North American Indigenous Games (NAIG) Council.

Plett, of the Chippewas of Rama First Nation in Ontario, was chosen for her two-year post at the NAIG Council’s annual general meeting staged in Charlottetown, PEI.

Plett, 41, is the first female president of the NAIG Council.

NAIG, a multi-sport competition featuring Indigenous athletes from across Canada and the United States, was first held in 1990 in Edmonton. Athletes at the NAIG represent their province, state or regional areas.

A total of eight other Games have been staged since that inaugural event. Toronto hosted the last NAIG in 2017. The next Games are scheduled for 2020 in Halifax.

The NAIG Council features 26 members. Thirteen are from Canada and 13 are from the United States.

Meanwhile, the Aboriginal Sport Circle (ASC), the governing body of Indigenous athletics in Canada, named Janice Forsyth as its interim president this past June.

Forsyth, a member of Manitoba’s Fisher River Cree Nation, is the first woman to serve as ASC president.

Being named NAIG Council president came as a shock to Plett. She was attending the NAIG Council’s AGM as the Ontario representative.

Since this past February Plett has worked as the director of engagement, operations and policy for the Aboriginal Sport and Wellness Council of Ontario (ASWCO).

Representatives from Manitoba and Quebec nominated Plett for the position of NAIG Council president. Within minutes, the council members voted unanimously for her.

Plett, however, quickly decided that yes, she felt she could indeed do the job.

“The NAIG Council has an excellent team in place,” she said. “With their help I figured I could do it.”

Plett isn’t sure a big fuss needs to be made of her appointment.

But she’s obviously thrilled as well.

“To be counted on to be the first woman (NAIG president) is incredible,” she said.

Plett, who lives in Orillia, Ont., will be working rather closely with Forsyth. That’s because the ASC is the franchise holder of the NAIG.

And she works as the director of First Nations studies at London’s Western University.

Forsyth has a long history with the ASC, dating back to 2000 when she was program manager.

She also served on the ASC’s board of directors from 2013 until this past March, when she resigned, in part because of other commitments and her father’s death in February.

Forsyth was re-elected to the board in June. And when former Olympian Alwyn Morris resigned from his presidential position, Forsyth was named the ASC’s interim president, a position she will hold until next June’s AGM.

Forsyth said a number of women have had high-ranking posts within the ASC in the past.

“It’s recognition women have made a strong contribution to the organization,” she said of her president’s post.

Plett has been on the ASC’s board of directors since June of 2017. She’s thrilled she’ll be able to work even more closely now with Forsyth via her NAIG Council presidency.

The feeling is mutual.

“I’ll have to be talking to Dale quite a bit,” Forsyth said. “Dale is fresh and she has her own vision of how NAIG Council should operate. I’m really excited to work with her.”