Time to shine: Indigenous players go before the scouts 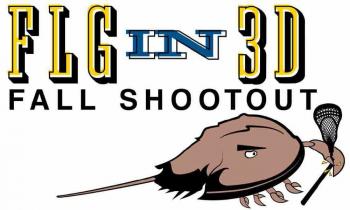 “Knowing Jake, he’ll have a competitive team. He doesn’t like to lose. He’ll have a good roster.” — Regy Thorpe

An Indigenous team comprised of high school lacrosse players will be showcasing its skills in front of collegiate coaches from across the United States this weekend. The club, which features Indigenous players from Ontario and the state of New York, is called the Iroquois Golden Eagles.

The 21-player squad, including athletes from Grades 9 to 12, will participate in this weekend’s FLG in 3D Fall Shootout, a field lacrosse tournament which will be staged in Milford, Delaware.

The Golden Eagles are scheduled to play three games on Saturday and three more on Sunday. The prestigious event traditionally attracts numerous NCAA coaches from the Division 1, as well as D2 and D3 ranks, who will be keeping an eye out for potential recruits.

Members of the Golden Eagles are responsible to find their own way to Delaware. But all of their other tournament expenses, including registration, Golden Eagles’ gear, hotels and meals, are being covered by Nike’s N7 Fund.

This fund provides grants to Native American and American communities looking to support physical activity programs or sports for its youth.

Nike officials were the ones keen to add an Indigenous club to the tournament. For starters, they approached former pro player Regy Thorpe, who is the chief lacrosse officer for 3d Lacrosse, a company that provides lacrosse training and development.

Thorpe, who is also the associate head coach of the Syracuse University women’s lacrosse club, then contacted Jake Henhawk, the general manager of the defending Minto Cup (Canadian) champion Six Nations Arrows, to form a team.

“The first person I thought of was Jake because he has done such a tremendous job in Six Nations,” Thorpe said.

Besides winning the national Junior A title with the Arrows this year, Henhawk, who is in his fifth year with the organization, also built Six Nations teams that won back-to-back Minto Cup championships in 2014 and ’15.

Thorpe himself has been a part of the Arrows’ successes. He was the co-coach of the squad when it captured the 2007 Minto Cup. And he was also an assistant coach of the 2014 national championship team.

Thorpe will abe coaching the Golden Eagles this weekend. Also coaching will be Chris Doctor, who spent the past seven years serving as an assistant coach with the Penn State men’s lacrosse club.

Henhawk, who is the Golden Eagles’ general manager, will also help coach the team.

Since the squad was put together quickly over the last couple of weeks, Thorpe is not familiar with those he will be coaching this weekend. But he’s confident Henhawk has selected some capable players.

“Knowing Jake, he’ll have a competitive team,” Thorpe said. “He doesn’t like to lose. He’ll have a good roster.”

Thorpe believes having the chance to showcase their talents in front of NCAA talent seekers will be a huge benefit for tournament participants.

“It’s going to be a great opportunity to play in front of college coaches,” he said.

Thorpe added other Indigenous players could have similar chances to compete in elite high school events as early as next year.

“I hope it goes off well this weekend and that there will be other opportunities in the future,” he said. “It’s great exposure for the kids.”

“I wasn’t in on those talks,” Thorpe said. “But I think Nike was talking about it with our company (3d Lacrosse) and doing more events like this.”

Henhawk would also like to see more Indigenous clubs competing at American tournaments in the future, possibly as early as next spring and summer.

“It’s more of a wait and see how this one goes first though,” he said.

Members of the Golden Eagles will travel to Delaware on Friday and are expecting to have a team meeting that same day.

Henhawk is also hoping the club will be able to stage an early-morning practice on Saturday, prior to beginning its three games that day.

“A lot of these guys do know each other,” he said. “I don’t think chemistry will be an issue. And they have the IQ and skills to play together.”

Henhawk said two of the players on the Golden Eagles’ roster have verbal commitments to attend American schools for their post-secondary education.

And how many of those on his team is he hoping will get some attention from NCAA coaches at this weekend’s tournament?

Henhawk is also hoping the Golden Eagles are able to register some impressive results.

“Obviously we want to put in a good showing with Nike footing the bill for us,” he said.