SJHL will honor past and present Indigenous players, but who are they? 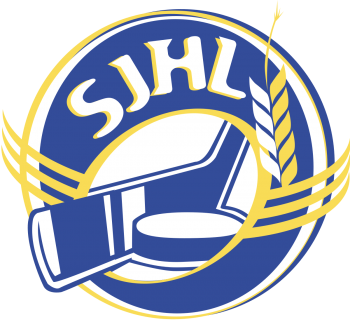 The SJHL, which was founded in 1968, currently has 12 franchises.

Indigenous players that toiled in the Saskatchewan Junior Hockey League (SJHL) are expected to be honoured at some point during the coming season. But what is not yet known is when or how these ex-Junior A hockey players will be recognized for their league participation

During its annual general meeting, which began May 31 and continued until June 2 in Nipawin, the SJHL’s Board of Directors agreed to find ways to recognize Indigenous players who have competed in the circuit.

SJHL president Bill Chow said the idea of honouring former Indigenous league participants was raised to him by various people during his travels in the 2017/18 season.

Those discussions continued at the league’s AGM where the Board of Governors agreed it was an idea worth pursuing.

“It’s in its infancy,” Chow said of the proposed Indigenous program. “We don’t have a solid idea of what we want to do yet.”

Chow added officials from all of the league’s entrants are on board with the concept.

“We’re trying to find and get at least one player from all of the teams in the league,” he said. “We don’t want to miss anybody. And we want to recognize them in some way.”

The SJHL, which was founded in 1968, currently has 12 franchises.

Chow, who is in his seventh year as league president, said a list of Indigenous players that played in the SJHL has not been previously compiled.

A number of Indigenous players do compete in the league in each season. And because of Saskatchewan’s large Indigenous population, SJHL officials could find out they end up with an extensive list of players.

Chow said it only makes sense the league honour its former Indigenous athletes.

“They’re part of our league,” he said. “Obviously they’ve made some inroads in the league. And they are mentors of young players that are coming after them.”

Chow is glad to see recognition is expected during the 2018-19 campaign.

“It’s something that was talked about and now things are being put into motion,” he said.

Chow also said he is not sure whether a league-wide recognition will be held or whether it will be done on a team-by-team basis.

“Maybe if there is one team that is able to get a list of a number of (Indigenous) players, we might be able to do something with them first,” he said.

Chow said the possibility exists that representatives from First Nations located near SJHL cities would be invited to attend any recognition ceremonies that will be staged.

“That would all be done locally in each community,” he said. “And that would be if those groups would want to be involved.”

The league made international headlines this past April for a tragic event. Sixteen members of the Humboldt Broncos organization died in a horrific bus crash as the squad was heading to a playoff game.

The Broncos have vowed to rebuild and will ice a team in the league for the coming season.

The SJHL is one of 10 Junior A league across Canada. These circuits are all under the umbrella of the Canadian Junior Hockey League (CJHL).

All 10 loops declare their own league champions. Those squads then try to advance to the Royal Bank Cup, the CJHL’s national tournament.

Darren Opp, the president of the Nipawin franchise, believes there could be a lot of SJHL players who are Indigenous.

“There’s multiple players every year in the league,” he said. “It’s going to be a bigger number of players I think than what most people imagine.”

For Opp, who played three seasons for the Hawks in the early ‘90s, a name of a former Indigenous player quickly popped to his mind.

His defence partner Dion Johnson, who is Indigenous, played the same three years he did in Nipawin.

If the Hawks end up staging their own Indigenous recognition night, Opp would like to see members from a pair of First Nations included.

Opp said the Nipawin franchise has a number of seasons ticket holders from the Cumberland House Cree Nation and the Red Earth First Nation.