Shattler proves he still has the stuff to win playoff MVP 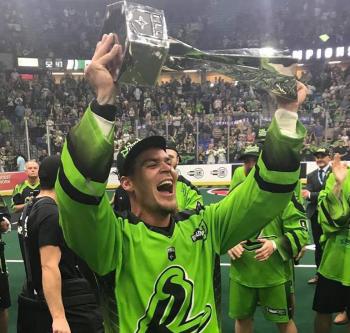 Rush head coach/general manager Derek Keenan "put a lot of faith in me. He knew where he wanted me to play and what he expected of me.” — Jeff Shattler

As it turns out, Jeff Shattler can still be a valuable member of a professional lacrosse team.

Shattler, (Ojibwe), a member of the Wikwemikong Unceded Territory on Ontario’s Manitoulin Island, had been a key member of the Calgary Roughnecks of the National Lacrosse League (NLL) from 2007 to 2017. But the Roughnecks were unsure whether Shattler, who had been chosen as the league’s MVP in 2011, would fit into their 2018 plans.

As a result, Shattler, 33, opted to ink a two-year free agent deal with the Saskatchewan Rush last August. The move has paid off handsomely for both sides. That’s because Shattler led the Rush to a league championship this past Saturday. 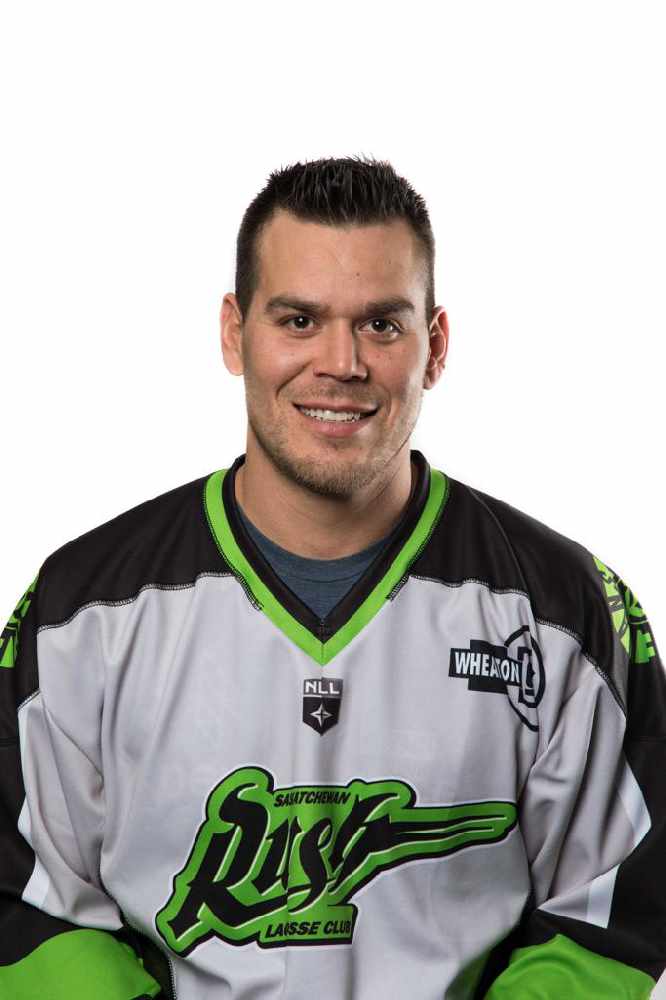 He scored four goals and added an assist in Saskatchewan’s 15-10 home victory versus the Rochester Knighthawks in the third and final game of the NLL’s best-of-three championship final series.

Shattler, who was credited with 15 points (eight goals and seven assists) in four post-season matches, was selected as the NLL’s playoff MVP.

Once he knew Shattler was a free agent, Rush head coach/general manager Derek Keenan picked up the phone and made a pitch for Shattler to come to Saskatchewan.

“They were really, really interested,” Shattler said of the Rush organization. “And they were very helpful with my wife.”

Shattler said one of the appealing aspects of joining the Saskatchewan franchise was that he didn’t have to move his young family from their Calgary home.

A flight from Calgary to Saskatoon, where the Rush plays its home contests, is only 50 minutes long.

The Saskatchewan organization also picked up the tab to fly Shattler’s wife Lindsay to a number of the club’s home games this season. The couple has a pair of children, two-year-old daughter Ava and seven-month-old son Jace.

NLL games are primarily held on Fridays, Saturdays or Sundays. Shattler could stay in Calgary during the week before heading out for his league matches.

“Instead of having nine home games, they were all away games for me,” he said.

Besides a desire to play relatively close to home, Shattler jumped at the opportunity to join the Rush because of Keenan’s interest.

“He put a lot of faith in me,” Shattler said. “He knew where he wanted me to play and what he expected of me.”

Shattler had been chosen as the NLL’s MVP in 2011 after earning 75 points in 15 regular season matches. He was also selected as the league’s Transition Player of the Year in 2011.

Shattler was still collecting his share of points with the Roughnecks. He had 71 points in 18 games in 2017.

As for this season, he was credited with 60 points, including 24 goals, in 17 regular season matches with the Rush. He then picked up his offensive production a tad, averaging more than four points per outing in the playoffs.

He said he was surprised to hear his name announced as the post-season MVP.

“I knew we had great performances from a number of guys, both offensively and defensively,” he said. “I think it could have gone to a number of different players.”

Though his playoff MVP award will be a welcome addition to his trophy case, Shattler was more thrilled with winning a league title.

“I was just happy to raise that Champion’s Cup,” he said of the NLL’s championship trophy.

Shattler’s lacrosse resumé now includes a pair of NLL titles. He won his first with the Roughnecks in 2009.

The Rush organization has now won the league crown three times in the past four years. That includes in 2015 when the franchise was based in Alberta and called the Edmonton Rush.

The club relocated to Saskatoon after its first championship and managed to defend its NLL title in 2016.

He’s agreed to join the Nanaimo Timbermen, a Senior B squad in B.C. As hosts, the Timbermen have an automatic entry into August’s national championship Presidents Cup tournament.

Since he is also working as a glazier, Shattler could not afford to make a full-time commitment with a higher-calibre Senior A team this season. By appearing in a minimum of two regular season games with the Timbermen, he will be eligible to represent the Nanaimo squad at the national tournament.

“It will be a different look of lacrosse for me,” Shattler said. “But I have a bunch of buddies playing in Nanaimo this year so they twisted my arm and got me to play with them.”