Seneca WarChiefs will host Founders Cup south of the border 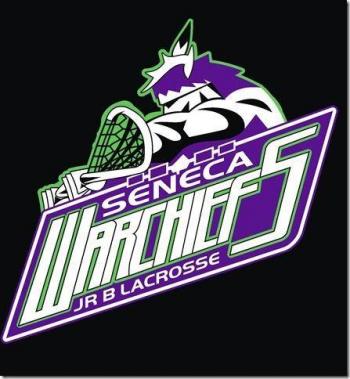 The Founders Cup will run from Aug. 13 to Aug. 19 at the Allegany Community Center in Salamanca, N.Y.

A bit of Canadian lacrosse history will be made this summer, albeit south of the border on Indigenous land.

That’s where the Seneca WarChiefs, members of the First Nations Junior B Lacrosse League (FNJBLL), will host the 2018 Founders Cup.

The Founders Cup is awarded annually to the Junior B champions of the season-ending Canadian Lacrosse Association (CLA) tourney.

This marks the first year since the event’s inception in 1972 that it will not be held on Canadian soil.

All matches in the tournament will be staged on the Seneca Nation in Salamanca, N.Y., located about a 75-minute drive south of Buffalo.

The tournament will run from Aug. 13 to Aug. 19 at the Allegany Community Center in Salamanca. The WarChiefs play about half of their home contests at that facility.

The squad also utilizes the Cattaraugus Community Center in Irving, N.Y. for its other home matches. But the Salamanca rink was chosen as the headquarters of the Founders Cup because of its proximity to hotels, which will accommodate out-of-town participating teams.

The CLA annually rotates the host venue of the Founders Cup among its six Junior B leagues.

WarChiefs’ general manager Adrian Stevens said CLA officials agreed the Canadian national tournament would be staged in the U.S. when it came time for the FNJBLL, which was formed in 2014, to host.

“It’s a big step for (the CLA) to acknowledge the growth of lacrosse, even though we (Indigenous people) are the originators of the game,” Stevens said.

The FNJBLL will feature four squads this season. Besides the WarChiefs, also taking part will be two other franchises based in the state of New York, Onondaga Redhawks and Mohawk Medicine Men, as well as eastern Ontario’s Tyendinaga Thunder.

Since the WarChiefs will be hosting this year’s Founders Cup, the FNJBLL will be allowed to send a second representative to the tournament. The league champs, or league finalists if Seneca ends up winning the title, will also participate.

The WarChiefs will be favoured to win the FNJBLL crown once again this year. That’s because they have won four straight league championships since the league’s formation.

The Seneca squad has also had its share of success at recent Founders Cup events, winning some hardware in each of the past four years.

The WarChiefs captured bronze medals at the 2016 and 2017 tournaments, held in Orangeville, Ont. and Saskatoon, respectively.

And prior to that the Seneca club had won silver medals at the 2014 Founders Cup in Halifax, as well as at the tournament the following year in Calgary.

So is this the year the WarChiefs win gold? On their home floor?

“I hope so,” Stevens said. “That’s our plan. It’s our plan to win it every year though.”

Despite the fact the Seneca team will be hosting the Founders Cup, a pre-tournament favourite will undoubtedly be the club that ends up winning the Ontario Lacrosse Association title.

“It’s tough to compete against teams from Ontario,” Stevens said of his team’s experience the past four years.

Squads representing the OLA have won the last eight tournaments in a row. And since the Founders Cup began back in 1972, OLA teams have won the title all but three years.

The WarChiefs though will have a rather experienced roster this season. Of the 26 players who represented the club at the 2017 Founders Cup, 20 are eligible to return to action this season.

The Seneca club will kick off its regular season on May 19 with a home game against the Onondaga Redhawks. That game will be held at the Cattaraugus Community Center.

Stevens is not worried that his charges will simply go through the motions in their league this year, knowing regardless of how they fare they will still host and compete in the Founders Cup in August.

In fact, he expects the WarChiefs to be a dominant force in the FNJBLL once again.

The one regular season loss the WarChiefs suffered was a 9-6 setback versus the Mohawk Medicine Men last year.

Stevens, however, believes his side could very well have mounted a comeback in that match, which was stopped early in the third period because of unsafe, wet floor conditions.

It remains to be seen how many teams will compete at this year’s Founders Cup. Besides the two FNJBLL entrants and the OLA representative, clubs from British Columbia, Alberta, Manitoba, Saskatchewan, Quebec and Nova Scotia are eligible to take part.

But in the four years the WarChiefs have taken part thus far, Stevens said the number of competing teams has ranged from six to eight.