RBC Cup Junior A Championship organizers are of Lets’emo:t (one mind) 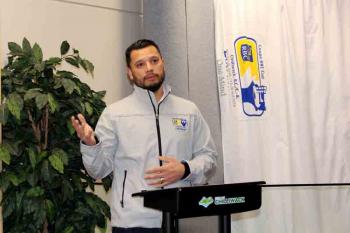 One Mind: “It shows we are all getting together for the good of the community.” — Squiala Chief David Jimmie

Thanks in part to a strong Indigenous connection, organizers of next year’s national Junior A hockey tournament are hoping to stage a record-breaking event.

The Canadian championship, scheduled for May 12 to May 20, 2018 will be held at the Prospera Centre in Chilliwack, B.C.

The facility is the home of the Chilliwack Chiefs, members of the British Columbia Hockey League (BCHL).

As hosts, the Chiefs receive an automatic entry into the five-team tournament.

Chilliwack was awarded the 2018 tournament back in June 2016, but it was not just the members of the Chiefs’ organization who played a role in the Chilliwack bid submission to host the event.

Officials from the Ts’elxwéyeqw Tribe, City of Chilliwack and Chilliwack Tourism were also involved. These representatives all made presentations in support of the Chilliwack bid when Hockey Canada officials assembled in Lloydminster (which is on the Alberta/Saskatchewan border) to hear information on all groups submitting bids for the 2018 tourney.

Jimmie said the support Chilliwack’s bid received from various groups, including his Indigenous connection, was of great benefit.

“It brings a different element to the tournament,” he said.

Jimmie’s work, however, did not simply end when Chilliwack was awarded the rights to host the 2018 tournament.

In fact, he’s been kept even busier since the announcement was made last year.

That’s because Jimmie is now one of the two co-chairs for the tournament’s host organizing committee.

Ken Popove, a councillor with the City of Chilliwack, is the other co-chair.

“We have bi-weekly phone calls right now,” Jimmie said of those who are holding positions on the organizing committee. “As things ramp up, we’ll get a lot busier.”

Organizers are keen to break the tournament’s all-time attendance record.

"We'll need to average 2,800 tickets (per game) to get the record," said Barry Douglas, who is the Chiefs' director of sales and marketing and is also playing an instrumental role with the host organizing committee.

The current record dates back to 2004 when about 36,000 fans attended the tournament staged in Grande Prairie, Alta.

Early indications are organizers just might be able to fulfill their goal. That’s because even before ticket packages were made available to the public, Chiefs’ seasons ticket holders had already purchased about 500 packages. These packages include one ticket for all 13 tournament matches.

Jimmie anticipates several Indigenous fans will be among those taking in the action at the national tournament.

“Some of the bands will be buying packages for their members,” he said.

Jimmie said the Chiefs already have their share of Native fans.

“Some of our members are attending pretty much every single game,” he said.

Jimmie was a pretty decent hockey player when he was growing up. In fact, when he was a teen he received an offer to attend the training camp of the BCHL’s Penticton Vees.

“I got cold feet and I didn’t go,” said Jimmie, adding at the time he felt he didn’t have the necessary support at home to pursue a career in the junior ranks.

As a result, he only ended up playing until the Midget ranks in his youth career. But he continues to play the sport today taking part in a men’s league.

The Ts’elxwéyeqw Tribe, City of Chilliwack and Chilliwack Tourism are continuing their support of the tournament. All three have become major sponsors of the event and are helping out financially by giving $25,000 each.

“Having the various community partners collaborate will be instrumental in the success of the event,” Douglas said.

Douglas also is hoping that the fact there is a huge Indigenous connection to the tournament will bring out Native people from across the province to the event.

“We welcome tourism from all communities,” he said. “We recognize we are on traditional Stó:lo territory and visitors from all Indigenous communities will be welcomed with open arms.”

Jimmie is also thrilled to see that his suggestion for a tournament slogan has been adopted. The Halkomelem word Lets’emo:t, meaning ‘One Mind’, is now featured on printed material promoting the tournament.

“I threw it out there and everybody was on board,” Jimmie said. “It shows we are all getting together for the good of the community.”

The Chiefs, who were BCHL finalists in each of the past two seasons, are the only club that is guaranteed a spot in the RBC Cup.

The other four participants will be determined next spring at various regional qualifying tournaments across the country. 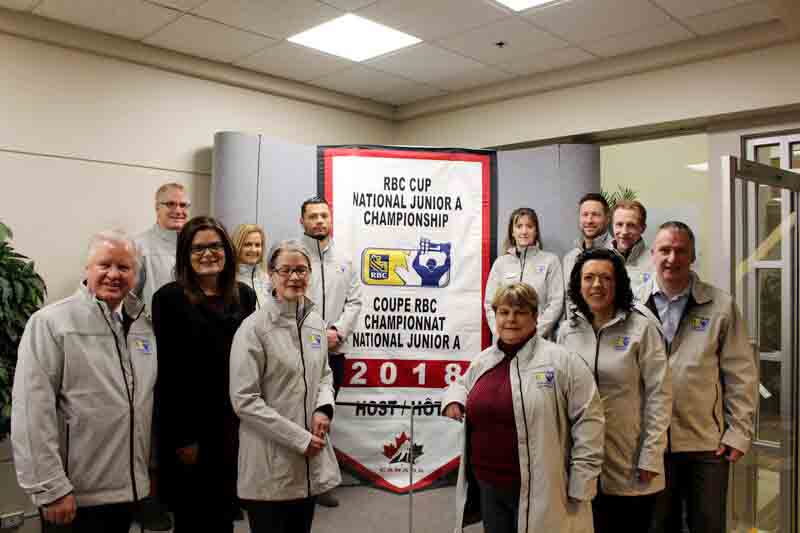