Potskins pumped for Fastball Championships this year in Prince George 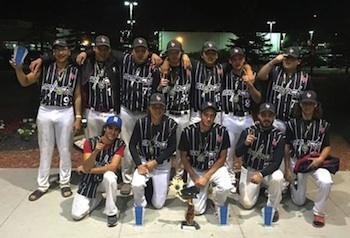 Randy Potskin has a pretty hectic schedule these days, and things will soon become quite a bit busier for the 47-year-old resident of Prince George, B.C.  That’s because Potskin is one of the main organizers of the Canadian Native Fastball Championships. This annual tournament, which will begin on July 30 and continue until Aug. 2, will be staged in Prince George.

Randy Potskin has a pretty hectic schedule these days, and things will soon become quite a bit busier for the 47-year-old resident of Prince George, B.C.  That’s because Potskin is one of the main organizers of the Canadian Native Fastball Championships. This annual tournament, which will begin on July 30 and continue until Aug. 2, will be staged in Prince George.

Besides being a member of the host committee for this year’s nationals, Potskin is also the president of the Canadian Native Fastball Association, which governs the tournament.

Though the national association has been around for more than 30 years, it is believed the Canadian Native tournament has been running for more than 50 years.  As if Potskin wasn’t busy enough with his responsibilities with this year’s host and national organizations, he’ll also be one of the coaches for the Prince George-based team called the Lenny Selects Jr. River Kings. Due to time restraints, the Jr. River Kings were declared co-champs of the under-21 division at the 2015 nationals staged in Winnipeg.

Though he has yet to figure out which squad he’ll represent, Potskin also plans to once again play in the national tournament himself.  He believes this might be the 24th year that he has participated in the event. And he’s a pretty accomplished player, having won 11 national titles, including seven in a row with the Prince George River Kings from 2000 through 2006.

“There’s a lot on my plate now,” Potskin said. “And I’m not sure who I will be playing for yet.” At the 2015 nationals, Potskin ended up playing for a team from Manitoba’s Peguis First Nation. His squad lost in its final to a club from Kelowna, B.C.  “I ended up playing against my family in the final,” he said. “Four of my cousins were on the Kelowna team.”

Those that compete in the tournament must be from a First Nations, Metis or Inuit community, but they do not necessarily have to represent a team from their home province.

“You can play for whoever you want,” Potskin said.

The 2016 nationals will once again feature five categories. They are senior men’s, senior women’s, (men’s) under-21 and a pair of Masters divisions for women and men over 40. The tournament will feature a double-knockout formula, meaning teams will be eliminated from further play once they have lost two games.

A total of 72 clubs participated at last year’s event. Potskin said there has been plenty of interest from squads taking part this year, but he said he has learned from previous years that plenty of people traditionally indicate their interest early on but only officially enter close to the registration deadline.

Squads, however, will be vying for a share of more than $60,000 in cash. The top four finishers in both the senior men’s and senior women’s divisions will be awarded money.

The amount winners will receive in the three other divisions will be based on the number of entrants in each category.

“Some people might think that people come to an event like this just to drink,” Potskin said. “But it’s not a big party. We’re playing for some serious money.”

Though it is called a Canadian championship, the tournament has primarily featured teams from the western provinces of B.C., Alberta, Saskatchewan and Manitoba.

The event was held once in Ontario, at the Garden River First Nation in 2003.

To keep down travel expenses from squads in western Canada, where there is more interest in this event, national organizers now rotate the tournament among the country’s four western provinces.

Potskin believes this year’s event will be well attended.

“Prince George is a pretty big fastball community,” he said. “I’m sure there will be some non-Native fastball fans that will be coming to this tournament as well.”

Though he is still uncertain which squad he will be suiting up for, Potskin is hoping the Jr. River Kings will once again be a force in the under-21 division.

“We’ve got a really good team,” he said. “We should be facing some strong clubs. But we’ll be one of the teams to beat.” 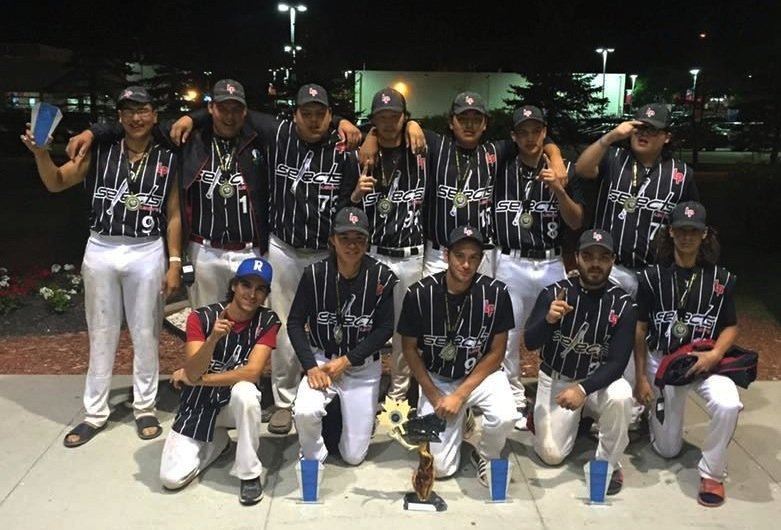