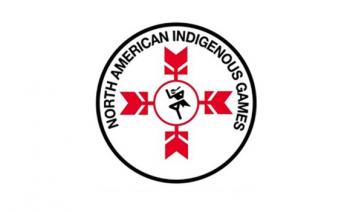 The summer of 2020 might seem to be a long time away, but not to some Indigenous sporting officials in Nova Scotia.

Earlier this month the Mi’kmaq Sport Council of Nova Scotia heard it had been awarded the rights to host the 2020 North American Indigenous Games (NAIG).

About 5,000 athletes from across Canada and the United States are expected to attend those Games.

The majority of the events in the multi-sport competition will be staged in Halifax. Archery events, however, will be held on the Millbrook First Nation, which is home to the best archery venue in Nova Scotia.

Tex Marshall, who was the co-chair of the Halifax bid, said local officials cannot afford to rest on their laurels after being named as the host city.

Dates for the 2020 NAIG have yet to be announced. It is expected though the Games will be staged in July.

“I know time will fly by so fast,” Marshall said. “We have to hit the ground running. It will be so busy.”

This will mark the first time the NAIG, first held in 1990, will be staged in Atlantic Canada.

The Games have been held a total of nine times. They have been in Canada seven times and in the United States twice, in Blaine, Minnesota in 1995 and in Denver in 2006.

The Games were last held in 2017 in Toronto. Those Games marked the furthest east they had been held in Canada so far.

Halifax officials will have a tough act to follow in the wake of the Toronto event, which was deemed a huge success.

“We’re expecting at least 5,000 athletes but we might get even more,” Marshall said.

Marshall said organizers in his home province are thrilled they were selected to host the 2020 NAIG.

“We’re ecstatic at the opportunity to host athletes from all over Turtle Island,” he said.

Marshall believes participants from the 2020 Games will be raving afterwards about the friendliness of the event.

“One of the things we’ll be focusing on is our down-east hospitality,” he said. “We love to volunteer in Nova Scotia and we love to host our guests. We have a high rate of volunteerism compared to other places in Canada. It is 40 per cent here which is quite high.”

Though a large number of volunteers will be required throughout the Games, Marshall does not believe getting those individuals out will be a problem.

Halifax beat out two other cities—Ottawa and Victoria—that were finalists to host the 2020 Games. The announcement was made in Montreal at a NAIG council meeting.

Halifax had previously submitted a bid to host the 2014 NAIG. But those Games ended up being awarded to Regina.

Marshall said that previous bid experience helped Halifax officials this time around as they knew what tweaks and additions were required to make their bid more attractive.

For example, organizers teamed up with officials from the Halifax Stanfield International Airport. The airport’s CEO Joyce Carter was part of the city’s NAIG bid committee.

And now that Halifax has been awarded the 2020 Games, airport staff will ensure arriving athletes will be given a warm welcome as soon as they land by plane in the city. There will be tons of NAIG signage at the airport and employees will be directing arriving athletes to where they need to be.

“We’ve identified (the airport) as an official venue,” Marshall said.

Games organizers will also be working with plenty of others throughout Nova Scotia as they have formed partnerships with various provincial sports organizations.

“They’re going to be involved all the way through with us,” Marshall said.

Some of the first tasks that must be completed now for the Games officials from Halifax are incorporating a host society and electing a Board of Directors.

Marshall is hoping that will be accomplished by the end of this month.

And then the focus will turn to hiring staff to run the Games. Marshall is not sure exactly how many people will be hired in these roles. But he anticipates positions will vary in length from 12 months to 24 months.

Also, rugby sevens and beach volleyball will be demonstration sports.