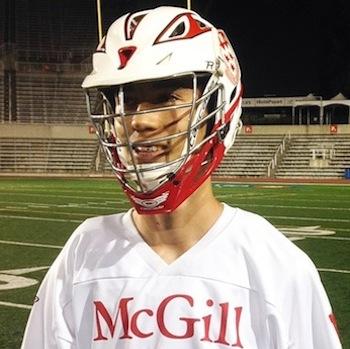 Kieran McKay is making a bit of history. The 17-year-old Cree is the first Aboriginal player to suit up for the Montreal-based McGill University Redmen field lacrosse team. This marks the fifteenth year McGill has had a men’s varsity field lacrosse squad.

“Honestly, I didn’t know I was the first until I read it in my bio (that McGill produced),” said McKay, who is from Richmond, B.C.

McGill head coach Tim Murdoch is pumped about the fact McKay is now at the school and on his roster.

“It’s very exciting for us,” he said. “We hope his presence may inspire other First Nation student/athletes to come to McGill.”

Though McKay is the one making history, Murdoch said he had previously tried to recruit other talented Aboriginal players to come to McGill.

“It’s not for a lack of effort,” he said. “It’s just things have not come together before.”

One of the stumbling blocks has always been the fact McGill is a rather competitive school to get into.

McKay, who is taking Kinesiology classes, had an over-all average of about 84 per cent in his final year of high school studies. But even these marks were not sufficient for his preferred course at McGill.

“I was hoping to get into sciences, but the cut-off was too high for me,” said McKay, adding he believes he would have needed an average of at least 90 per cent to get into that program.

Though he does not turn 18 until Nov. 25, McKay is already making an impact in his rookie season with the Redmen. He scored twice and added an assist in his first three games at McGill.

“As a freshman I wasn’t expecting to play until the latter years of my education,” he said.

“We lost 15 players to graduation from a championship team,” he said. “We had to reload. But for him as a freshman to step in and produce right away is quite impressive.”

Especially since McKay is playing against some individuals who are substantially older than him.

McKay isn’t bothered by the fact he is no longer suiting up against rivals who are roughly the same age as him.

McKay first caught Murdoch’s eye during a recruiting trip to B.C. this past February. He saw the teen in action at the B.C. provincials.

“I was very impressed with him,” Murdoch said. “And I was also impressed by his parents’ dedication to his education.”

A handful of American schools that compete in the higher-calibre NCAA ranks were also interested in McKay. But he chose McGill instead, primarily for academic reasons.

For the past two years McKay has suited up with the Langley Thunder Junior A box squad. He’s expected to rejoin the Thunder next spring.

For now though, McKay’s focus is with the Redmen. He would obviously love to help the squad defend its CUFLA crown. McGill won two out of its first three regular season matches.

“I think we definitely have the talent to win a championship,” McKay said. “At the moment we’re still trying to figure out how everybody plays and incorporate our systems.”

One thing Murdoch would like to see is McKay firing more shots at opposing goalies.

“If anything, I have to encourage him to shoot more often,” he said. “He’s unselfish.”

Murdoch, however, is reluctant to say whether McKay will eventually become a star in the CUFLA.

“We’re not really a star system,” he said. “That’s more of a box lacrosse mentality. In our system everyone has a role. I think he’ll fit really well into our system.”

Murdoch though believes McKay could conceivably put up some big numbers while at McGill.

“If it happens that way, that’s great,” he said. “But that’s not the way our team plays.”

Besides McKay being the first Aboriginal player at McGill this year, the Redmen roster is diverse. McGill’s lineup includes players from three provinces and 12 states.

“They’re all lacrosse players to me,” Murdoch said. “It doesn’t matter where they come from.” 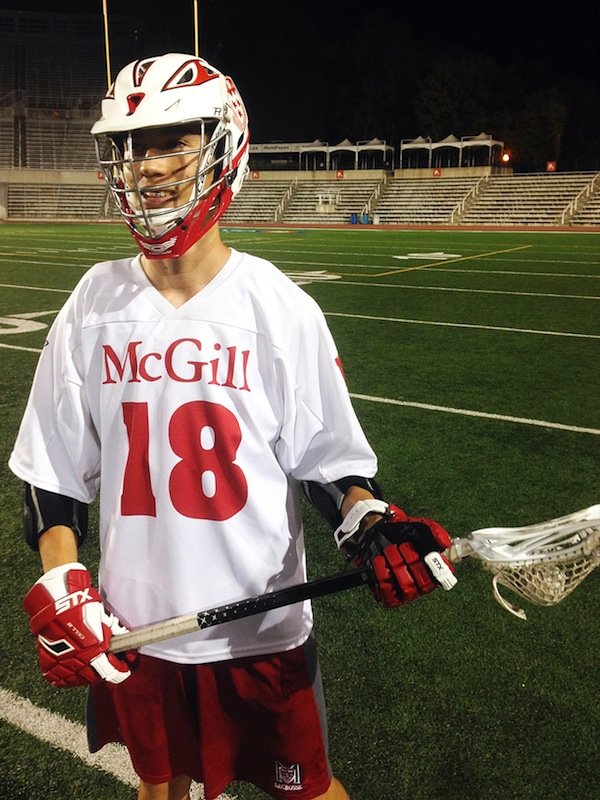