Marvellous Mohawk will go into Canada’s Sports Hall of Fame 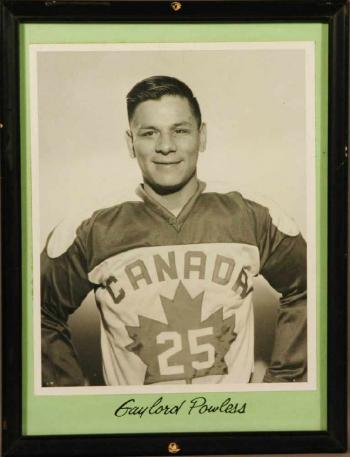 One of the world’s greatest lacrosse players has received a posthumous accolade.

It was announced on Wednesday that the late Gaylord Powless, a Six Nations lacrosse star who was nicknamed the Marvellous Mohawk, is one of this year’s inductees into Canada’s Sports Hall of Fame.

Though the hall of fame is based in Calgary, induction ceremonies will be staged Nov. 9 in Toronto.

“I think everybody in the lacrosse world know who Gaylord was,” said his cousin, Delby Powless Sr.

“He had so much talent and he won so many championships.”

Powless Sr. said the fact his cousin is being honoured by the national sports hall of fame is fitting.

“I think he deserves to be in there,” he said. “A lot of times you look at the names of people who are in sports halls of fame and you wonder why they are there. Gaylord definitely deserves this.”

Powless, who died in 2001 at the age of 54, was just two when he first picked up a lacrosse stick. By his teen years he was already a star.

At age 17, Powless was chosen as the winner of a Tom Longboat Award for being the top Indigenous athlete in the country.

During his junior career, Powless starred with the Oshawa Green Gaels. He led the Junior A club to four consecutive national championships, winning the Minto Cup from 1964-67.

Powless was chosen as the most valuable player at the national tournament in both 1964 and ’67.

Powless then turned pro in 1968, suiting up for the Detroit Olympics, who competed in the National Lacrosse Association.

Powless scored 68 goals in his rookie season with the Olympics, in the eight-team pro circuit which lasted just one season.

The following year Powless played for the Rochester Chiefs and led that squad to a championship in the Can-Am Lacrosse League.

He would go on to play for various other pro and senior amateur clubs in Syracuse, Montreal, New York, Port Coquitlam, B.C., Brantford, Brampton and well as his home Six Nations.

Powless Sr., who was a dozen years younger than his cousin, never had the opportunity to play on the same team as Powless. But he did come close on one occasion.

When Powless Sr. was 15 he was training with his famous cousin and was hoping to take part in an Indigenous lacrosse tournament in British Columbia. Though he was deemed talented enough to be a member of the squad, Powless Sr. said team officials finally decided he was too young to participate in the B.C. tournament and he was left off the club’s roster.

Yet he continued to try and emulate his cousin’s play.

Powless Sr. said he can still recall that when he was 12 years old he saw Powless practising his shot. He marvelled at how Powless was able to hit a corner of a target board with eight of his 10 backhanded shots.

From that moment on, Powless Sr. decided to spend countless hours on his own backhanded shot, a move that paid off with plenty of goals during his own illustrious junior and senior career.

Injuries forced Powell to end his competitive lacrosse playing days at the age of 30. He went on to coach lacrosse, hockey and figure skating at Six Nations.

“As soon as you tell somebody your last name is Powless, they always ask if you are related to Gaylord,” he said. “I always say why, does he owe you money? If he owes you money then no. But if he doesn’t owe you money then yes, I’m his cousin.”

Powless’ community honored him prior to his death.

“We named the arena after him just before he passed away,” said Powless Sr. “He was in hospital when we did it.”

Powless is one of six athletes who will enter the hall via the Athlete category this year.The others are former hockey star Lanny McDonald, golfer Mike Weir, triathlete Simon Whitfield, speed skater Cindy Klassen and wrester Carol Huynh.

Also, joining the hall through the team category are the Edmonton Grads, a hugely successful women’s basketball squad. And Dr. Robert W. Jackson and Dr. Charles Tator will be inducted through the Builder category. Jackson is the founder of the Paralympic movement while Tator, a neurosurgeon and scientist, has been lauded for his work dealing with concussions.