Looking for a host for the 2019 Ontario Indigenous Summer Games 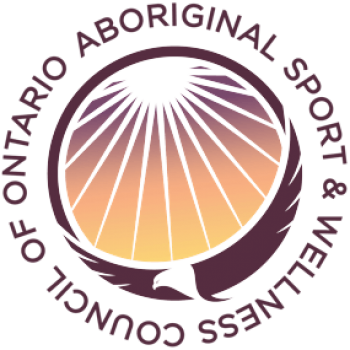 The Aboriginal Sport and Wellness Council of Ontario (ASWCO) has hosted its share of prestigious events in recent years.

And now the governing body of Aboriginal sports in the province is gearing up to stage another multi-sport competition in 2019.

ASWCO officials have announced they are looking for communities that are eager to host the 2019 Ontario Indigenous Summer Games (OISG).

Those that are interested must submit a letter of intent to ASWCO by Aug. 31. Final bid submissions are then due on Sept. 28.

Members of the ASWCO bid review committee will then conduct site visits throughout the month of October of those who registered official submissions to host the Games.

And then the community that is awarded next year’s Games is expected to be announced on Nov. 16.

ASWCO President Marc Laliberte said representatives from a number of communities have shown some potential interest in hosting the Games.

“We have been approached with questions,” he said. “There is interest there. And they are asking questions about the financial part of the Games.”

That marked the first time ASWCO had operated the Games. Scaled-down versions of provincial Indigenous competitions had been staged though in 2005 in Sudbury and in 2007 in Thunder Bay.

Besides hosting the 2016 OISG, other prestigious events ASWCO has hosted recently include the 2016 National Aboriginal Hockey Championships in Mississauga, the 2017 North American Indigenous Games (NAIG) in Toronto and the inaugural Masters Indigenous Games held in Toronto last month.

Laliberte said ASWCO officials are hoping about 500 athletes participate in the 2019 OISG.

Those games will be used to help identify some of the potential athletes that will go on to represent Ontario at the 2020 NAIG, which will be staged in Halifax.

“We might be able to get some of our teams in place (for next year’s NAIG) out of this event,” Laliberte said.

But if athletes are unable to attend this year’s OISG, it is expected they will still be able to attempt to earn a spot on an Ontario NAIG-bound club at a future tryout.

In all likelihood only the individual sports that are contested at NAIG will be offered at the 2019 OISG.

“It will be up to the communities to give us a proposal of what they can put together,” Laliberte said.

Laliberte added basketball and volleyball – two sports that are included at NAIG – will likely never be part of any OISG because ASWCO already stages annual provincial championships in those events.

Dates for the 2019 OISG have not been announced. That will be up to the winning host community to select the dates.

It is expected a four-day event would be staged.

Laliberte said ASWCO officials are not necessarily looking for a community with a large population to host the OISG. He said even a small community could serve as host if it can find a suitable nearby centre will all the facilities required to stage competitions as well as having appropriate accommodations available.

“We would consider all offers like that,” Laliberte said.

Ideally, all OISG will be used to identify potential athletes that will go on to participate at the NAIG. ASWCO reps want to stage their event the year before NAIG competitions are staged.

There is some speculation that the NAIG, which are currently held every three years, will be moving to a format in which they are every four years.

Laliberte said it might not be that long for Indigenous athletes from Ontario to participate in a multi-sport competition in their province.

“We’ve envisioned possibly having a winter event every two years,” he said, adding the first Winter Games could be in 2021.