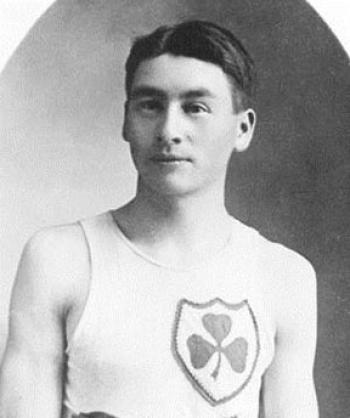 A stop on the west end leg of a future LRT line in Edmonton will be named after an Indigenous hero.

Alex Decoteau became the first Indigenous Edmonton Police officer in 1911. He was an Olympian, an outstanding athlete in a variety of sports, and won many running competitions,  even winning a prize from King George for the sport.

He served in the military, dying in that effort for Canada during World War I.

Decoteau's name will be the only individual so honored on any of the city’s LRT stops.

The naming process for the two stations and 14-stop expansion of the LRT service began in mid-year last year. The name Alex Decoteau came from a suggestion in 2010/2011 from students in a Grade 5/6 class at Patricia Heights elementary school.

After they discovered who Decoteau was and what the city had done to honor him, which was at the time only a sidewalk that was named for Decoteau, with no signage telling of his accomplishments, the students began a letter writing campaign.

“So these students were the ones that wrote all these wonderful letters to us and basically said ‘Hey, City of Edmonton, do you realize you have this remarkable individual and you really haven’t done much to honor him, and it should be something significant’,” explained Cory Sousa, the principal planner of the City of Edmonton Naming Committee.

A park was soon named for Decoteau in the west part of the downtown core, a place where Decoteau patrolled during his time with the police service.

At that time the park was named, it wasn’t known that an LRT stop would be situated in front of it. It made perfect sense that the name of the stop on 102 Avenue should acknowledge the location of the park and the man for which the park was named.

The city will now install signage at the stop that will tell Decoteau’s story.

The committee has received an outpouring of support for the name choice.

“We are actually quite surprised… and it’s good, because he really is one of those individuals that you really want to pay tribute to and would hope that our youth are inspired to be like him,” said Sousa.

The other thing about Decoteau, he said, is that he wrote a lot of letters to his sister while he was in the military, “and you really see how much of a family guy he was, and how much he cared for his family… particularly his mom."

"What little he got, he gave to his family.”