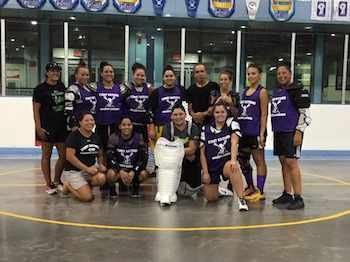 Shawna Jamieson would prefer to be playing, but the 28-year-old, who lives in the Six Nations community of Ohsweken, is still glad she gets, once again, to be a part of the Canadian Lacrosse Association’s Female Box Lacrosse National Championships.

Jamieson will serve as the manager of the First Nations team that will compete in the senior (22 and up) category at this year’s event, which will run July 18 to July 23 in Calgary.

This marks just the second year the senior division has been included at the nationals.

An All Nations senior squad participated at the 2015 nationals, also staged in Calgary. But that club was a bit late organizing itself. And by that point Jamieson, and a handful of other Native players, had already committed to play for the Ontario team at the tournament.

As it turned out, Jamieson and her Ontario teammates ended up winning last year’s Canadian title. Ontario downed Alberta in double overtime in the championship game.

As for this year, Jamieson, who plays for the Ohsweken-based Grand River Attack in the Ontario Women’s Box Lacrosse League, has been forced to the sidelines.

Her asthma has been creating some breathing difficulties. And she also found out through a recent doctor visit that she has a heart issue. She’s awaiting test results on that.

“I need to get clearance from the doctor before I can play again,” Jamieson said. “I would prefer to be playing. I’m upset I can’t play.”

Jamieson, who is Mohawk, welcomed the opportunity however to serve as the manager of this year’s First Nations side.

But she was not thrilled to discover there will be just three entrants in the senior division at the nationals. Besides the First Nations side, Ontario and Alberta will also be represented.

“I was so disappointed to find out there will be just the three teams,” Jamieson said. “Originally we had heard there might be five or six teams there. There was talk British Columbia might even be sending two teams. And we heard there might also be a team from Nova Scotia.”

Jamieson believes the fact players have to pay their own way at the nationals might be one of the reasons other provinces were not able to field teams.

“It’s costly to go to this tournament,” she said.

Members of the First Nations team must pay $1,600 each to make the trip.

Originally 20 players had been named to the First Nations roster. But since some of them could not afford to go on the trip, the club will be taking 17 players to Calgary.

This year’s nationals will also feature Bantam and Midget categories. Alberta, British Columbia and Ontario will take part in the Bantam grouping. The same three provinces will have clubs in the Midget division, which will also include a team from Nova Scotia.

Five individuals that were members of the winning Ontario senior squad last year will be part of the First Nations entry this time. This includes Mekwan Tulpin, Trisha John and Chelsea Doolittle, who will be playing for the team.

The two others from last year’s championship side, now part of the First Nations squad, are Jamieson and trainer Katrina Bailey.

“I think it will play a significant role experience-wise,” Tulpin said of the fact the First Nations squad will have a handful of individuals that were on last year’s national champs. “We have a little bit of knowledge of what to expect this year.”

Like Jamieson, Tulpin, who now lives in Ohsweken and also suits up for the Grand River Attack, would have preferred to see more clubs entered at the Canadian tournament.

“Stuff like that happens,” she said of the fact that not all those who had expressed interest will show up.

“But I still think it’s going to be exciting. Last year all of the games were pretty close.”

Those in the senior division will play six round-robin matches each. Thus, the First Nations team will play three games against Ontario and three others versus Alberta.

The top two finishers following round-robin action will then advance to the championship final.

Tulpin said her side will utilize its first matches against both of its rivals to plan for its strategies during the remainder of the tournament.

“We’ll feel out the teams in our first couple of games,” she said. “And then we’ll see what approach we have to take with them.” 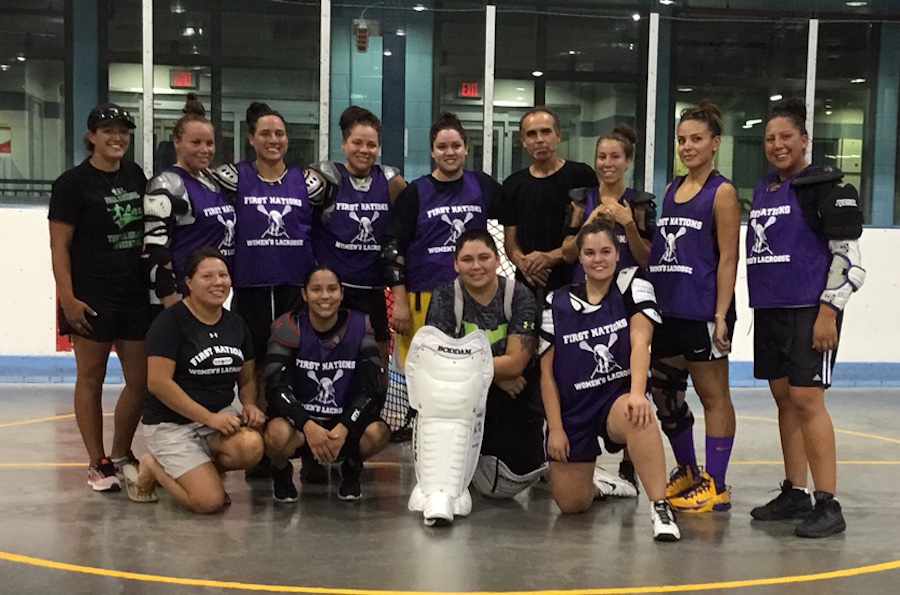