Keeper heads to Maine after success with OCN Blizzard 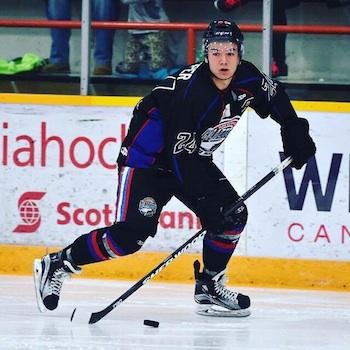 Brady Keeper will be leaving his home province a bit sooner than expected. That’s because Keeper’s plans for his final season of junior hockey eligibility have taken a significant twist.

The 20-year-old defenceman from Cross Lake, Man. had spent the past two seasons toiling for the Opaskwayak Cree Nation (OCN) Blizzard. The squad, based in The Pas, competes in the Manitoba Junior Hockey League (MJHL).

Keeper, who is Cree, was expecting to return to the Blizzard for the 2016-17 season, but those plans were altered earlier this month as he accepted a scholarship offer from the University of Maine, beginning with the 2017-18 campaign.

Instead of finishing off his junior career with the Blizzard, Maine officials have indicated they would prefer to have Keeper play this coming season in the higher calibre United States Hockey League. That 17-team circuit is considered the top U.S. junior league.

“I think the USHL is a good chance for me to get better as a player,” Keeper said.

He already knows a little bit about the USHL as he attended a training camp with the Michigan-based Muskegon Lumberjacks last September. He didn’t make the cut then and returned to the Blizzard.

“Muskegon didn't draft me,” Keeper said. “I'm not sure how they found me. But they got a hold of me and I went to their fall camp (in 2015). Now I'm starting off the season there this year. So everything kind of worked out good.”

Keeper will be reporting to the Lumberjacks’ training camp which begins on Aug. 28.

“If I do fine in Muskegon, I’ll end up staying there the whole year,” Keeper said.

The possibility does exist, however, that Keeper might return to the Blizzard if things do not work out as smoothly as anticipated with the Lumberjacks.

Doug Hedley, who was hired as the Blizzard head coach and general manager in June, would certainly welcome Keeper back to the team.

“It would be great to have him back,” Hedley said. “But I know Maine is pushing for him to go to Muskegon.”

Hedley added because of Keeper’s experience and leadership that he had planned to make the defenceman at least an assistant captain and maybe even give him the team captaincy if he was in an OCN jersey this coming season.

“We have had lunch and I’ve talked to him since he signed with Maine,” Hedley said. “But who knows if we’ll get him back.”

Keeper had graduated from high school in 2014. And he maintains he was not concerned he had not secured a scholarship offer before now.

“I just played hockey and I was thinking as a 20-year-old I would hopefully get one,” he said, adding he originally thought he’d have to conclude his junior career with the Blizzard before lining up a deal.

Some other Division 1 schools south of the border had also expressed some interest in Keeper.

“Maine showed the most interest and were the first ones to get in contact with me,” said Keeper, adding he is not sure yet what he will major in once he gets to university.

Keeper chose the school in large part because of former pro hockey goalie Alfie Michaud, an Ojibwe who is now the goalie coach for Maine.

“I’ve known Alfie since he came to Cross Lake and did a hockey school in my hometown,” Keeper said.

“And I played in a couple of tourneys with him after the (MJHL) season was over. He talked to me about the school. That’s where I wanted to go from the beginning.”

Michaud himself played at Maine in the late ‘90s before embarking on his pro career. He played for 13 different pro teams in North American and Europe, including a brief stint with the NHL’s Vancouver Canucks.

“Obviously I want to go as far as I can in the sport and hopefully play pro hockey somewhere,” he said, but first things first. Like improving his game before he gets to the university level.

“I think I’ve got to work on my boxing out the guys in front of the net and get a bit stronger and quicker,” he said of the parts of his game he’d like to improve on this coming season.

And then, after that, the 6-foot, 190-pounder can commence his U.S collegiate career.

“I'm very excited (to play NCAA hockey),” he said. “That's what I wanted to do since I started playing junior.” 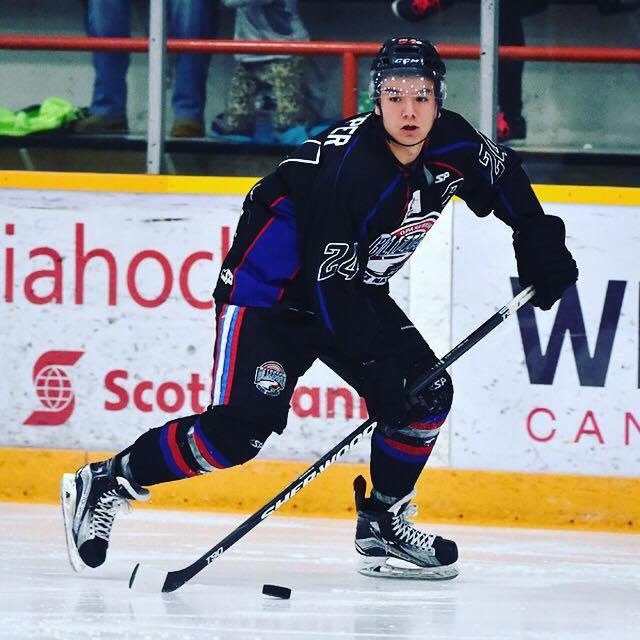