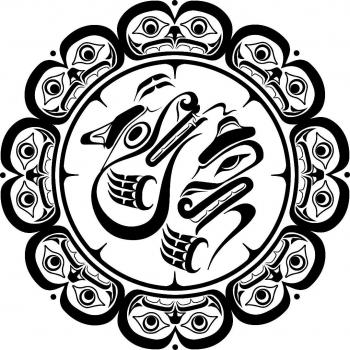 Some awards and cash prizes will be up for grabs in a nationwide challenge promoting weight loss and healthy living.

The Health and Fitness Challenge, which begins on Feb. 18 and continues for eight weeks, is being organized by the Indigenous Physical Activity and Cultural Circle (IPACC).

IPACC, a Vancouver-based organization, is a network for Indigenous people involved in sports, recreation, fitness and traditional activities.

IPACC, which was established in 2011, previously ran four other weight loss challenges. The last one was three years ago.

All of the previous challenges were dubbed The Biggest Loser, taking the same name of a popular American reality TV show.

Organizers of the IPACC event opted to change their moniker to the more simple Health and Fitness Challenge.

“It was a trendy thing,” IPACC’s executive director Rosalin Miles said of the event’s previous name. “The name is not strength based. The Health and Fitness Challenge seems more fun.”

Those looking to join this year’s challenge need to send an email to indigenouspacc@gmail.com for more information.

Only registered participants will then have access to a Facebook group where members will be allowed to ask questions, share ideas with other entrants and cheer each other on.

“The last year we did it we had over 70 participants,” Miles said. “We had good representation from across Canada. A lot of them were from B.C. but it was pretty spread out for the others.”

Since registrations are still open until next week, Miles said she is not sure how many people will be taking part in the challenge this year.

“I’d be happy with any number from 20 to 200,” she said. “The more people we have registered though the greater the prize money will be.”

Half of the money raised from registration fees will go back to participants. The individual who is deemed the fittest over-all will capture the Golden Eagle Award and receive 25 per cent of all the registration fees.

Another 25 per cent of the fees will be shared among those who win the most improved (Black Bear Award), most honest (Turtle Award), most active male and female (Buck and Doe Deer Awards) and the Killer Whale Award will be presented to the individual who consumed the most water.

The other 50 per cent of registration fees will be used for scholarships for individuals to attend IPACC’s annual National Indigenous Physical Activity and Wellness Conference.

This year’s event is scheduled for May 4 and May 5 at Alberta’s Samson Cree Nation.

Those who take part in the challenge will be required to fill out both weekly and monthly reports.

Monthly reports will include the entrant’s height, weight, circumference of waist, hips, right thigh, right arm and chest as well as one body mass index.

And for the weekly reports participants must write the number of times per week they are active and the length of their physical activity. They will also keep track how many times they drink pop or coffee, eat dessert and consume water. Plus, they will also record the number of meals they had and what they ate.

This also marks the first time participants in the challenge are also being asked to report on their screen time. That would be how much time per day they spend watching TV, or on their computers or iPads.

Organizers have also shortened the length of the challenge. Previously it was 12 weeks but now it is eight.

“We had a lot of dropouts,” Miles said of previous challenges. “Usually around the eight-week mark people seemed to lose interest and they didn’t do the final report.”

And Miles said making it even shorter would not make sense.

“Four weeks is not long enough,” she said. “You might not have the change you have goals for.”

The challenge is open to both Indigenous and non-Indigenous people across the country.

“Typically it’s mostly Indigenous people that have taken part in the past,” Miles said. “But we want to be inclusive of everybody.”

Information about the challenge was sent to band offices and Indigenous health departments across Canada.

Four Kinesiology students from the University of British Columbia have agreed to volunteer their time to the challenge.

They will be sharing daily tips to keep participants motivated and interested in the challenge. And they will be available to answer any questions online from any of the registered entrants.

Besides being IPACC’s executive director, Miles is also a part-time research associate at the University of British Columbia in Vancouver.

“Even my staff and myself are looking to do the challenge,” she said. “Some people were noticing a lot of people had gained a little bit of weight over the Christmas holidays.”

They decided registering for the challenge is something they could benefit from as well.

“We’re going to practice what we preach,” she said.