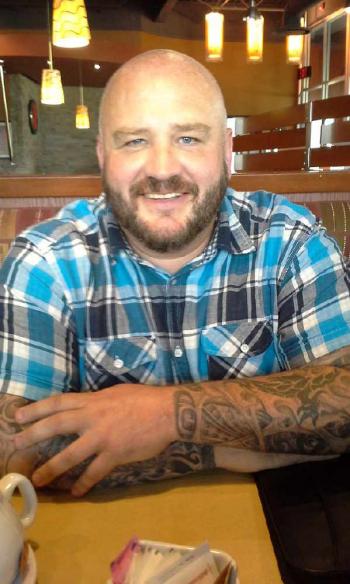 Norm Maracle, an ex-pro goalie, has signed on to be the head coach of the Brampton Royals, who will compete in the Canadian Premier Junior Hockey League.

This will mark the first season for the franchise in Brampton since it has relocated from northern Ontario. Last year the Sudbury Royals participated in the inaugural CPJHL season.

Maracle, a Mohawk from eastern Ontario’s Tyendinaga First Nation, was a member of the Detroit Red Wings when they captured the Stanley Cup in 1997. He said he does not know too much about the CPJHL or even the squad he will coach.

Sylvain Cloutier, a former pro teammate who also had some NHL experience, is the one who had been urging him to get involved with the CPJHL. Cloutier is the head coach/general manager of the CPJHL’s Essa Stallions, who play their home contests in Angus, Ont.

For the past four seasons he’s been the hockey co-ordinator in Whapmagoostiu, a Cree village in northern Quebec.

Maracle is hoping to stack the Royals’ roster with as many players as he can from Whapmagoostiu.

“I want to get them out of their community and give them a different atmosphere,” he said.

Maracle said seven players from Whapmagoostiu have committed to play for the Royals this season and he is still hoping to add some others as well.

The Brampton squad, which opens up its training camp this Friday, will commence its regular season schedule on Sept. 30 in its 10-team league.

Maracle admits he is not quite sure what to expect from the Royals or any of their opponents.

“To be honest, it’s all new to me,” he said. Yet Maracle is keen to get involved.

“I’ve always liked coaching and I like giving back,” he said. “I was fortunate enough to play in the NHL and I want to give back.”

Other than the Cree players from Quebec that he has convinced to join the Royals, he’s not sure of what to expect from the other players coming to the team’s training camp, who were recruited by the club’s general manager K.B. Beals.

Maracle believes his name should bring some credibility to the franchise.

“If I was a player it would be quite exciting knowing I was being coached by somebody that played in the NHL,” he said. “I played with guys like Steve Yzerman and all of the Detroit Red Wings that won the Stanley Cup in 1997.”

Maracle, however, is not just keen to pass on his hockey knowledge.

“I want to coach them, not just about hockey but life as well,” he said. “I want to tell them about some of the mistakes I made and hopefully I can get them to be better people.”

During his pro career Maracle appeared in 68 NHL contests. Besides Detroit, he also suited up for the Atlanta Thrashers, who relocated to Canada and became the Winnipeg Jets.

In the spring of ’97 Maracle was the Red Wings’ third-string goalie. Though he didn’t see any playoff action he was awarded a Stanley Cup ring, but did not get his name engraved on the Stanley Cup.

Maracle also won an International Hockey League championship with the Orlando Solar Bears in 2001 and an American Hockey League title with the Chicago Wolves in 2002.

Maracle spent the last nine years of his pro career playing abroad. He suited up for various teams in Russia, Germany and Austria.

As for the Royals, they will be playing their home contests at the South Fletcher’s Sportsplex in Brampton.

Maracle is not sure how many fans the club will be able to attract to its games. But because it is a junior hockey franchise operating near Toronto, he’s hoping fans will come out to watch.

“I’m hoping we get a good turnout,” he said.

The CPJHL is not sanctioned by Hockey Canada. Instead, it is sanctioned by the United Hockey Union (UHU), which consists of various leagues across North America.

The UHU is not sanctioned by Hockey Canada, USA Hockey or the International Ice Hockey Federation.

Besides the Royals and the Cloutier-coached Stallions, during the 2017-18 campaign the CPJHL will feature eight other Ontario-based franchises.

The Royals will kick off their regular season on Sept. 30 with a home contest against the Settlers.