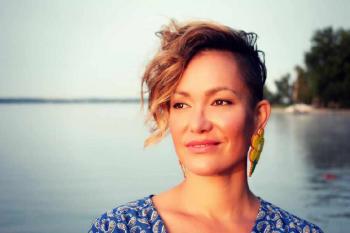 Waneek Horn-Miller will now have an even greater opportunity to help shape the Canadian sports scene.

Horn-Miller, a Mohawk from Kahnawake, Que., who was the co-captain of the Canadian women’s water polo team at the 2000 Sydney Olympics in Australia, has been asked to serve in a prestigious role.

On Tuesday it was officially announced that Horn-Miller will be one of 12 individuals from across Canada comprising the Working Group on Gender Equity in Sport.

The group was assembled by Kirsty Duncan, who is not only the federal Minister of Sport and Persons with Disabilities but is also the Minister of Science.

The group, comprised of former athletes, a current national team coach and other prominent sports officials, was put together by Duncan because of a glaring gender inequality for Canadian women in sport.

A report, which was released in 2016 and titled Women in Sport: Fueling a Lifetime of Participation, noted several areas of concern.

The report was completed by officials from the Canadian Association for the Advancement of Women in Sport and Physical Activity (CAAWS) in conjunction with the Dairy Farmers of Canada.

Research showed a majority of Canadian adult women (84 per cent) do not participate in a sport. That’s dramatically higher than the 41 per cent of girls ages three to 17 that did not compete in a sport.

Other concerning figures were the fact just 17 per cent of head coaching jobs with Canadian university teams were held by women and that 29 per cent of board members for multi-sport and national sport organizations were held by females.

The working group of a dozen individuals was put together by Duncan after officials from the federal government announced in its 2018 budget that it has a target to reach gender equity in sport at every level by 2035.

“I’m really excited to work with all these people on this advisory board,” said Horn-Miller, who is 43. “It means a lot to be given that kind of respect.”

John Herdman, the current head coach of the Canadian men’s soccer squad, is also part of the group.

The group will be chaired by Guylaine Demers, a Laval University professor who is also the president of Egale Action, an organization devoted to the equality of women through sport and physical activity.

Horn-Miller, who led the Canadian women’s water polo squad to a fifth-place finish at the 2000 Olympics, has already done some other valuable work in the sports community. She’s been an IndigenACTION ambassador, working with the Assembly of First Nations, to develop a National Indigenous Sport, Fitness and Wellness Strategy.

The mandate of this venture is to target Indigenous youth to achieve higher education by building their self-esteem and help them juggle their academics and athletics.

Horn-Miller only met Duncan a few weeks ago. Earlier this year, however, Horn-Miller had met one of Duncan’s assistants at a Special Olympics event staged in Ottawa.

“Every opportunity I get to promote sport I’m all over that,” Horn-Miller said.

Then a few weeks ago Horn-Miller was told by officials in Duncan’s office that the miniter was keen to have a meeting with her.

“I had no idea what it was about,” Horn-Miller said. “But I was happy to talk to her. I take any opportunity I can to push my agenda.”

Details about the working group Horn-Miller was asked to join are still being finalized. It has yet to be announced when, how often and where the group will meet.

“I just said wherever you want me, I’ll be there,” said Horn-Miller.

Duncan is pleased that Horn-Miller accepted her offer to join the group.

“Waneek has long been an advocate of equity in sport, and she is an Olympian and a well-recognized athlete in Canadian sport,” Duncan said. “I am glad she agreed to serve on the working group.”

“Her involvement in Indigenous sport and her contributions to the Canadian sport system make her a great addition to this group,” she said.

Duncan added she is pleased with all of those individuals who agreed to help out.

“All members bring a range of experience and knowledge to the table, and come from diverse parts of the Canadian sport system,” she said. “I look forward to working with them and getting their advice on what actions we can undertake to advance the participation of women and girls in sport.”