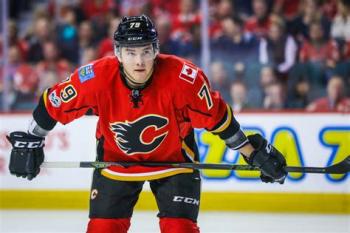 The Calgary Flames did not make the playoffs this year, and Travis Hamonic is disappointed.

“We’re certainly not where we thought we’d be. It’s frustrating, watching teams get ready for playoffs and us packing our stuff.  Unfortunately, we have a long time to think about it this summer.” 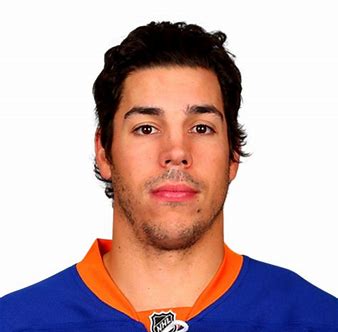 “I don’t know what the turning point was…”

You can tell there’s something else on their minds as they pack edup their gear at the Saddledome.

The tragic Humboldt Broncos bus accident, that killed 16 people and left 13 injured, has left its mark on people across the country.  Indigenous Flames players Ferland and Hamonic, who both played Major Junior Hockey in the Western Hockey League, remember those long bus rides that took them across Western Canada, from Manitoba to British Columbia.

“It hits close to home for everyone.  A lot of us grew up on those buses”, said Ferland, the 6’2 forward, who played four seasons in the Western Hockey League with the Brandon Wheatkings and Saskatoon Blades.

Hamonic also spent four seasons in the Western Hockey League with the Moose Jaw Warriors and Brandon Wheatkings.  “We spent hours on the bus”, the 6’2 defensemen recalls.

“It’s sad because it’s the dream of every young hockey player to go on bus trips,” said Hamonic.  “And for something like this to happen, is just tragic.”

The two Manitoba born players crossed paths in the Western Hockey League with the Brandon Wheatkings in the 2009/10 season.

“I got traded at the trade deadline”, said Hamonic, who has played over 500 NHL games in his eight year NHL career already, “so I wasn’t there very long, but we hosted the Memorial Cup that year.”

Now 27 years old, Hamonic remembers being a teammate with Ferland.

“Mike was 16 or 17 at the time.  He was a couple years younger than I was, and I was in my last year.  You could see what kind of player he was then.  Such a good kid with a big heart.  You could tell that immediately.  It’s nice to say that you can look back and remember him as a kid in Junior and see what he’s become and how good a person he is.”

Ferland and Hamonic were reunited with the Calgary Flames after Hamonic was traded in July 2017, and both make community involvement a priority.

Hamonic won the NHL Foundation Player Award in the 2016-17 season for his work in the community as a member of the New York Islanders.  After being traded to Calgary last summer, he and his wife Stephanie quickly started up The Northern Project, which brings families from Northern communities in the Yukon, Northwest Territories and Nunavut to Calgary for an all-expenses paid trip to see a Flames game.

“It’s important for a couple of reasons,” said the proud Métis from St. Malo, Man.  “Number one, I’m Métis.”  But other than that, Gord Downie of the Hamonic’s favourite band the Tragically Hip motivated him.

“Everyone knows the work that Gord did in the last couple years of his life, with Indigenous and northern communities, and some of the issues that he shed some light on.  To see someone like that start a conversation, to show what is not the best history of the country, is inspirational.”

Hamonic says, “What he did reminded me that it doesn’t matter if you’re all the way up there in a northern community, or from the east or west, or wherever.   We’re all Canadian.”

Hamonic was also involved with the Hit the Ice TV Season 6 series (which airs on APTN) with former NHL player and coach John Chabot, a program that brings together the best young 15- to 18-year-old Indigenous hockey players from across the country for a two week camp.

“John used to coach in New York.  I met him when I first got drafted by the Islanders.  When we connected, and I was asked to do it, I jumped at it.  What a great cause!  It was a fun experience for me, and it was nice to be out there and be part of it.”

Micheal Ferland, Cree from Swan River, Man., who just finished his 3rd full season with the Flames, had career high 41 points this season, spending a lot of the season on the top line with Flames stars Johnny Gaudreau and Sean Monahan.  He served as the Calgary Flames ambassador for Hockey Talks, an event which aims to bring awareness to mental health issues.

This summer, Ferland is starting a new project: his first hockey school.

“I’m having Novice, Atom, Pee Wee and Bantam groups.  We’re still working on the details, getting it all figured out.  It’ll be the first annual hockey school and I’m really looking forward to it.”

Both Hamonic and Ferland make working with youth a priority during the season.  Not making the playoffs means that both players will have the next few months off, which is not where they wanted to be at this time of year.  But the Humboldt Broncos bus accident puts things into perspective.  Ferland, struggling to find the words, said, “It was a sad day for everyone involved.  You never want to see stuff like that happen.”

Hamonic reflects, “You see what the families are going through.  I don’t know.  Those things should never happen.  To see people suffering and the pain they’re going through right now is tough.” But he’s also impressed by the way people have responded to the tragedy.

“To see the way the hockey community has rallied around this to try and support in every way possible, is just incredible.  Because it’s not just for the first week. These people and the families are going to need support for a long time.”