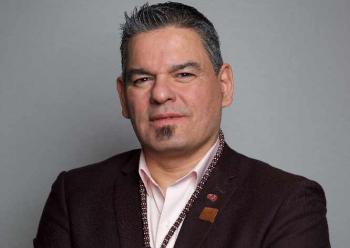 The key to First Nation prosperity is the implementation of annual transfer payments which should reduce over time as we build our economies.
By Isadore Day

Reciprocity is defined as a mutual exchange where each side enjoys an equal benefit in the relationship. This has not been the case between Indigenous peoples, or First Nations, and the federal government. Far too many of our peoples—our children—live in poverty and fear.

Despite claims of reconciliation and implementing the TRC Calls to Action, the Liberal government has failed at working with First Nations on an equal level. Despite Liberal claims of injecting over $20 billion in new spending, First Nation leaders have yet to see any significant improvements in their communities, beyond a few dozen new water systems.

This new minority government certainly has some major issues to contend with as it comes face to face with a strengthening Indigenous resolve. Our peoples are growing frustrated and are pressing harder and harder on reconstituting nationhood. Successfully dealing with the Indigenous agenda means true reciprocity. Canada becomes stronger, healthier and a better place for all.

This Wednesday, Nov. 20, the new government will swear in a new Cabinet and begin a new mandate. This will be the perfect opportunity for a new relationship with First Nations based upon reconciliation and reciprocity. No doubt, First Nation leaders, and all Indigenous peoples from Newfoundland to Nunavut to North Vancouver Island, will be anxiously awaiting to see who will be sworn in as the next minister of Indigenous Services Canada.

Many believe that the previous minister, Seamus O’Regan, was a placeholder after a minor Cabinet shuffle had to be made with the removal and resignations of Jody Wilson-Raybould and Jane Philpott. As the first minister of Indigenous Services, Ms. Philpott commented that she may be the last minister as the ultimate objective is to dismantle the department and hand over the billions in funding to regional Indigenous organizations to administer.

The next minister of Indigenous Services should begin the task of overseeing the transfer of power to our peoples. The days of top-down, paternalistic bureaucratic control of Indigenous lives from Ottawa must soon come to an end. How to get there will be the challenge beginning on Nov. 21. Besides naming a new minister, the Liberal government should also strike a House of Commons committee, comprised of all Indigenous MPs, tasked with the dismantling Indigenous Services.

There are already several solid examples that this proposed committee could study. Before joining Confederation in 1949, Newfoundland was the poorest colony in the British Commonwealth. As Canada’s poorest province, Newfoundland was able to build a strong economy through equalization and transfer payments. The key to First Nation prosperity is the implementation of annual transfer payments which should reduce over time as we build our economies.

Another strong example is the British Columbia First Nations Health Authority (BCFNHA). This is the only regional health authority that now has its own bureaucracy separate from the First Nations and Inuit Health Branch in Ottawa. The BCFNHA is now able to directly serve clients without the red tape and delays experienced by First Nations across the rest of Canada. Again, First Nations need to control their bureaucracies and their own destinies.

Lastly, the Liberal government, and all parties, should seek out all the record number of Indigenous candidates who ran and did not win seats in this election. Their knowledge and experience of the issues that face our peoples should not be ignored. When the minister of Indigenous Services, or the minister of Crown Relations, engages an Indigenous organization or visits a community, the advisors who accompany them should all be Indigenous.

Reconciliation and reciprocity must begin with our peoples being treated with respect in the political process. It will succeed when we become true equals. On Nov. 20, we will see if this government is serious about a mutual relationship that will benefit Indigenous peoples and all Canadians.

Isadore Day is the CEO of Bimaadzwin, an organization focused on building Nationhood through governance, health, and economic development. He spent 15 years as a Chief and Regional Chief of Ontario.