James Cecil Desjarlais: Educator was rich in love and the Creator’s blessings 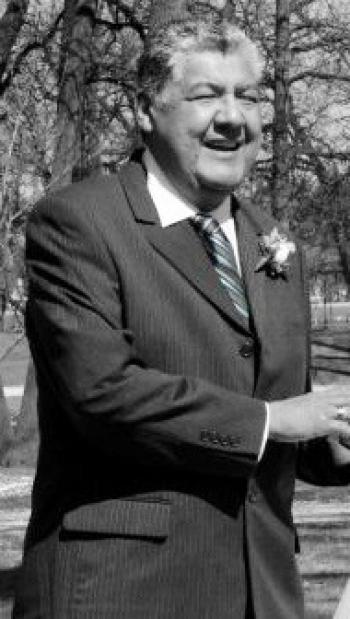 The sweatlodge is a refuge where the concerns of this world fall away and connection to the spirit world opens.

It was in this prayerful atmosphere that James Cecil Desjarlais, 67, of Manitoba’s Sandy Bay First Nation took a short walk into his next life.

“He couldn’t have gone in a better way,” said Anne Desjarlais, his wife of 37 years. “He went so peacefully, in prayer, surrounded by love. I was spared from seeing him have to suffer a long time like so many sick people do before they die.”

As the Elder-in-Residence at the O-Chi-Chak-Ko-Sipi Healing Lodge in Crane River, Man., Cecil regularly attended sweatlodge ceremonies. On April 25, 2012, he succumbed to a heart attack “doing what he loved best and surrounded by members of the lodge who prayed with him,” said his daughter Cynthia.

Last October, when the recently-retired Cecil took up his new position at the Healing Lodge, Anne worried the job might take an emotional toll on her husband.

“He had retired after 40 years as an educator two years previous, and now he was taking up something new, with people (Corrections Canada inmates) who potentially had a lot of problems.”

She needn’t have been concerned.

“He took to that job so naturally. He never referred to the guys as inmates. It was always “my (lodge) members.” He was like a father or a grandfather to them.”

Cecil felt particularly fulfilled helping to guide lodge members toward a better life “and we even took them his old clothes that he didn’t wear any longer,” explained Anne. “After he died, I gave his clothes to the inmates. It always made me feel good to see one of them in a shirt Cecil used to wear.”

To many, Cecil was known as Zhaawano Noodin—South Wind Walker—in his Anishinaabe language. He was born in 1944 in Sandy Bay to farming parents Andrew and Ida Desjarlais and was the oldest of seven children.

After meeting Anne at that post-secondary institution, he married her on Sept. 14 in 1974, but the couple came to recognize two more wedding anniversary dates.

“In those days you had to have a blood test before you got married,” explained Anne. “Everything was set up for the 14th of September and I went and forgot my papers. The priest said he’d go ahead and marry us, but I had a week to come up with them. The next week I brought them and he put Sept. 21 on the marriage certificate. Later, we renewed our wedding vows on Oct. 14, 1989, so we celebrated that date, too. Our grandchildren were always confused about what date was our real wedding anniversary.”

After graduation, Cecil’s first job was as the school principal in the Métis community of Vogar, Man.

“I wouldn’t say it was a one-room school, but it was small and housed students up to Grade 6,” said Anne, also a teacher.

The position in St. Theresa Point proved to be a challenge for Cecil because the community was so isolated. He only taught there for two years.

“But I’m a northern Cree so I was right at home. I stayed on, and Cecil went to Sandy Lake to teach. During the time we taught at different schools we never let more than two weeks go by before we saw each other. My son Dion stayed with me up north and kept me company.”

Throughout his life Cecil supported students beyond academics and into the realm of sport. He served as a member of the North American Indigenous Games Council, Manitoba Aboriginal Sports and Recreation Council and the Aboriginal Sports Circle.

In his community he served as a Sandy Bay First Nation Band Council member and on an Aboriginal Healing Foundation Project. He was also a member of the Knights of Columbus.

“Cecil taught one of his grandsons to ‘moon walk’. The old man would go right across the living room with the kids right behind him, copying him,” Anne recalled.

Cynthia, who followed in her father’s footsteps as a teacher and who worked on the Ebb and Flow First Nation at the time of this writing, paid tribute to her father with the words, he “always taught us to pray and to be thankful for all our blessings. He was a humble man who travelled around helping people and sharing a message of love and forgiveness.

“He welcomed everyone into our family and treated them with respect. Dad will be fondly remembered by many as “Mr. Megwetch” (which means thank you). He was a strong and faithful believer in Creator and gave his life to serving the Lord. He prayed faithfully and shared the gift of prayer with those around him. Many turned to him for advice, friendship and counsel, something he truly enjoyed. Dad said he was rich because he had so many grandchildren. Yet, we are the ones who are rich because he was in our lives. In his own words, our family would like to say “Kitchi Megwetch. We love you all.”