George Manuel: Chief’s goal was to unite Indigenous people in fight for rights 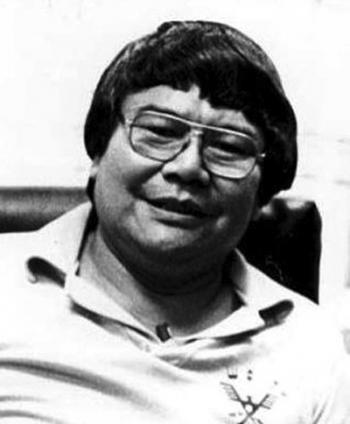 Over the years, Canada has seen many Aboriginal leaders who have made a difference at the local, regional or national level, but few put their mark on all three levels, as well as on the international stage as George Manuel did.

Manuel was born on Feb. 21, 1921, a member of the Shuswap Nation of the Neskonlith Indian Band in British Columbia. He attended Kamloops Indian Residential School until he contracted tuberculosis at the age of 12 and was sent to a TB hospital located on the Sto:lo reserve near Chilliwack.

He later worked a number of jobs, from bus boy to logger, before launching into politics, a career path that would dominate the rest of his life. But throughout his political career, he kept his sights trained on his goal: To unite Indigenous people in their attempts to see Aboriginal rights realized.

He first became involved in politics in 1951 when amendments to the Indian Act resulted in the people of his community being denied access to health services.

In 1959 he was elected president of the North American Indian Brotherhood of B.C. and was elected as chief of the Neskonlith band the following year, serving in the position until 1966.

From 1965 to 1968 he was a community development officer for the department of Indian Affairs, working in Cowichan territory near Duncan on Vancouver Island. During his time there he worked to raise awareness of the problems faced by the Cowichan people.

When then Prime Minister Pierre Elliott Trudeau released the White Paper calling for the assimilation of Indian people, Manuel spoke out strongly against the government policy, and soon he was in a position to lead other Native people in their fight against the federal plan.

After leaving his position with Indian Affairs, Manuel joined with the Indian Association of Alberta where he worked side by side with another legendary political leader, Harold Cardinal.

From 1971 to 1976 Manuel also served as a non-governmental advisor to a delegation of Members of Parliament, making trips to New Zealand, Sweden, Greenland, Denmark and Norway, looking at relationships between governments and Indigenous people.

He saw the similarities of worldview and circumstance shared by all the Indigenous people he encountered, and recognized that all Indigenous people could and should work together to fight for recognition of their rights.

During a visit to Tanzania, Manuel met with that country's president, Julius Nyerere, who told him the Indigenous people of Canada would have to be organized and united before they could achieve their goals, and that once Indigenous people come into their own, that would be the Fourth World.

Manuel began working toward creation of that Fourth World, a unification of Indigenous people from around the world to work toward a common cause.

In 1974, “Fourth World: An Indian Reality”, a book Manuel co-wrote with Michael Posluns, was published. In it Manuel wrote about the struggle to have the rights of Indigenous people recognized.

The unified front he was looking for became a reality in 1975 with the creation of the World Council of Indigenous Peoples, born out of a conference held in Port Alberni, B.C.

Manuel became the organization's first president, a position he held until 1981. In that role, he travelled the world over, meeting with Indigenous leaders and people.

From 1979 to 1981, Manuel served as president of the Union of British Columbia Indian Chiefs (UBCIC). During this time he developed the Aboriginal Rights Position Paper and worked to see Aboriginal rights addressed during constitutional negotiations.

As part of those efforts, Manuel organized the Indian Constitutional Express. In November 1980, two trainloads of First Nation people left Vancouver heading for Ottawa where constitutional negotiations were underway. Along the route, the trains stopped to gather more passengers and to make presentations about the need to ensure a new Canadian Constitution didn't strip away Aboriginal rights.

While one delegation ended its voyage in Ottawa, another went on to New York City to present its case to the United Nations. A separate delegation travelled through Europe, gathering support for the cause.

In the end Manuel's efforts were successful. When the new Canadian Constitution was finalized in 1982, Aboriginal rights were guaranteed.

In 1981 Manuel became the first permanent grand chief of the UBCIC and in 1984, he joined with Dr. Rudolph Ryser, a member of the Cowlitz Tribe of Washington State, to create the Center for World Indigenous Studies, a non-profit research and education organization designed to foster co-operation between Indigenous nations.

Manuel's further involvement in politics was limited by health problems. He suffered a number of heart attacks and was forced to scale back his work, but continued to offer advice to other Aboriginal political leaders.

His efforts to fight for the rights of Indigenous people around the world earned him many honors, including an honorary degree from the University of British Columbia in 1983 and an appointment to the Order of Canada in 1986.

Manuel died on Nov. 15, 1989. H efforts on behalf of Indigenous people worldwide continues to provide inspiration to those that follow in his footsteps.

The Center for World Indigenous Studies honored Manuel's memory on their Web site, which features the Chief George Manuel Memorial Library and the Fourth World Documentation Archive, a digitized collection of resources documenting the ongoing struggles of Indigenous people around the world to have their rights recognized.